The Social Lightscapes workshop series kicked off with a collaboration the Acland Burghley School, on 26th January 2016 that was unique for us: the participants were secondary school kids with little knowledge of either architecture or lighting.

As a workshop project, Burghley focused us on light and lighting design as tools for social engagement and education: could we use elements of our workshop structure to involve kids directly in designing the school spaces they used every day, and in graphically ‘re-branding’ the school as part of its revival. Much of this – including our workshop – was linked to celebrations to mark the 50th anniversary of this iconic school building.

Burghley is a mixed comprehensive school in Tufnell Park, London Borough of Camden (north London). The school has had mixed fortunes over the years, and the building itself has been undervalued despite being a modernist treasure. Acland Burghley has an interesting architectural history. It is the only school designed by the iconic practice Howard, Killick, Partridge and Amis (HKPA), who also designed the Young Vic theatre and several colleges at Oxford and Cambridge Universities. The school was constructed in the 1960s in the Brutalist style. In March 2016, the building was given a Grade II listing and in September of the same year the school took part in London’s Open House weekend, when hundreds of buildings are open to the public because they are considered to be architecturally significant. However, despite its history, the school has something of an ‘image’ problem not helped by the fact that it is surrounded by a tall wall that obscures the architectural features to anyone passing by outside. The school also has many unused ‘dead’ spaces that would benefit from some zoning into areas of activity (play, space to ‘hang out’, for example).

The actual iGuzzini workshop was only one day but arose out of a longer involvement over the autumn as part of a wider redesign of the school, ‘Acland Burghley Better Spaces’ (ABBS), a collaboration between teachers and parents at the school. The Configuring Light team first met some of the children at a focus group meeting in October to learn how they use the exterior spaces of the school: students were helped to think about and discuss which spaces different kids used and for what activities. They effectively did social research on their own school lives.

From this we also identified that the lighting was quite poor. There were a few bulkheads around the main buildings that created bright, flat pools of light, but most of the outdoor space was left in darkness. Students described how they found the lighting to be unattractive. The aim of this workshop then was to engage young people to think about the role and value of lighting to create interesting, exciting public spaces.

The focus group also allowed us to prepare some of the students for workshop on 26th January and on the day itself, a total of 25 pupils from all ages across the school participated. The workshop culminated in a public lighting event on 27th January from 6.30-8.30pm at Acland Burghley comprehensive school. The day of the workshop began with a presentation from Elettra on light and urban space which encouraged the participating students to explore the power of light to change the look and feel of public spaces. This was followed by experiments with iGuzzini lighting fixtures which helped demonstrate the effectiveness of light in transforming school spaces. Students were then split into groups to ‘brainstorm’ ideas on how to improve the school and come up with some ideas for lighting external areas. The other member of the team, Jo, helped to organise and co-ordinate the focus group discussion and manage the groups tasked to work on specific areas of the school.

Considering that we were working with children and not with lighting designers or advanced students, we aimed to work with the “atmosphere of light” and with activities focused on light effects. We printed cards depicting very different lighting atmospheres (playful, romantic, elegant, ect…) and words (study, play, eat, …) and we asked the children to imagine the various spaces of the school and to pick up the cards and the words and to stick them on big posters. Each poster represented an area of the school and the children could add, beyond the cards we provided, comments, text, sketches, ideas. The results were interesting and creative beyond our expectations. We then showed the lighting fixtures, explained possible lighting effects that related to the cards — and then started designing the space for the event.

These workshop ideas were carried forward the next day as part of a public event to mark the school’s 50th birthday. Our workshops students enthusiastically participated by helping to set up small light installations in the exterior school spaces and to create a welcoming atmosphere for the evening.

It was very exciting to begin our international workshop series here in our hometown London and with young and enthusiastic workshop participants such as secondary school children who had lots of interesting questions around lighting and public space. Indeed, they are immensely creative and resourceful. We hope that the lasting impact of the workshop and event will be an enduring interest from the pupils to think creatively about light and the ways it can improve the school environment and image. Indeed, we returned to the school a month or so later to meet with some of the participating students and get their responses to the workshop. They were all really positive about the experience and commented on how they liked the way the school looked with all the lighting installations. Many expressed their frustration that they couldn’t have such interesting light all the time. Some of the pupils were especially inspired and one said it made him think differently about light and even consider working as a lighting designer. 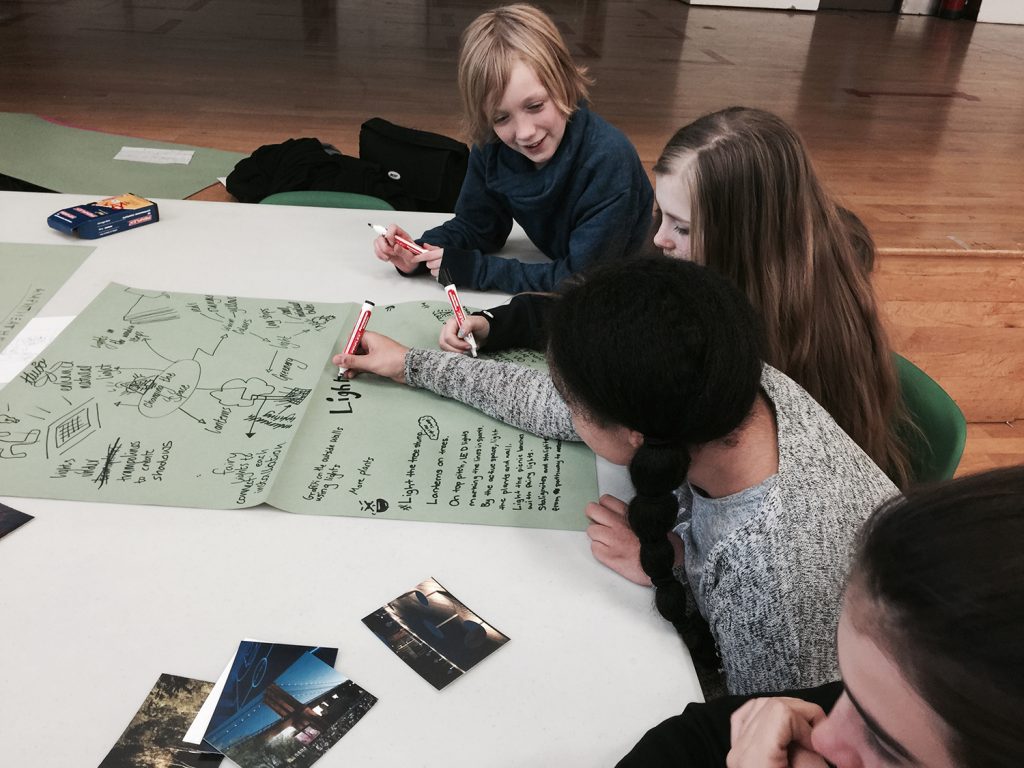 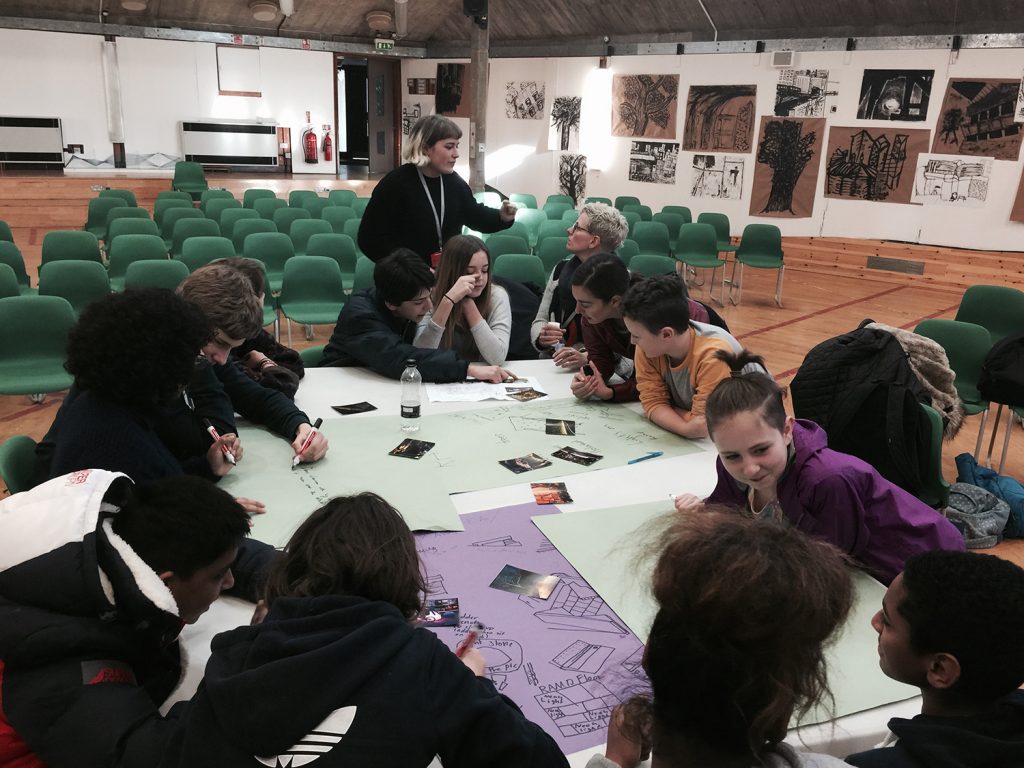 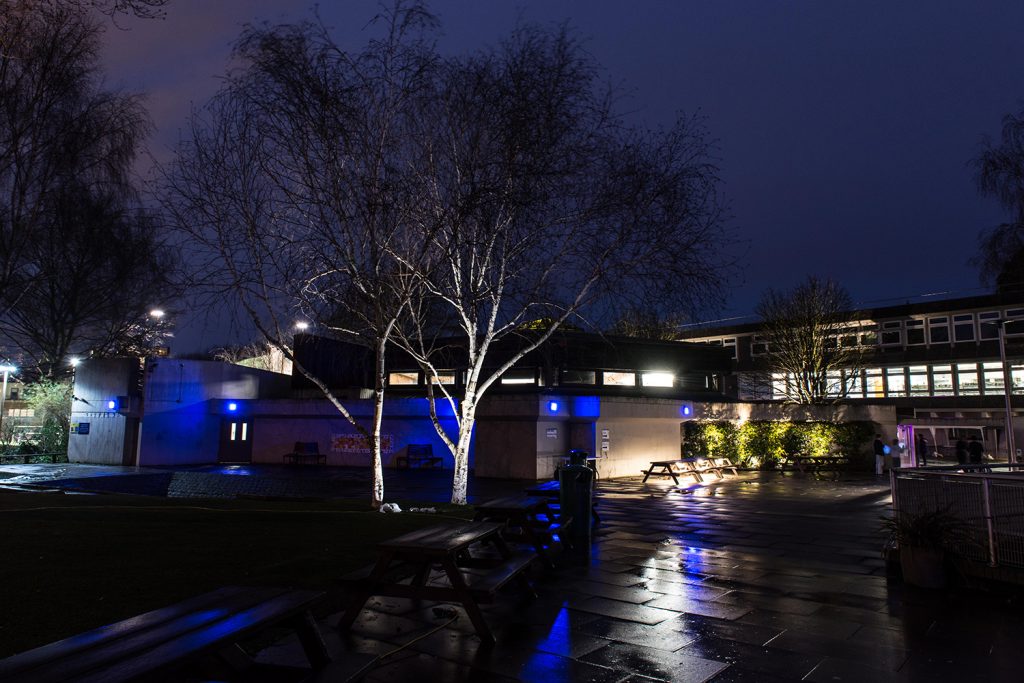 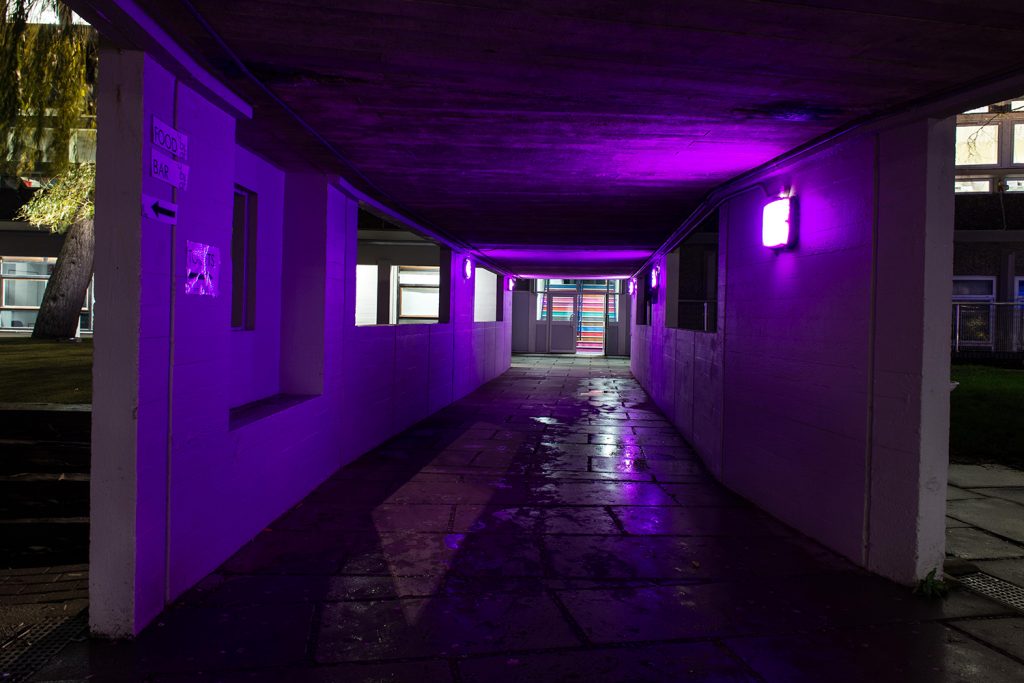 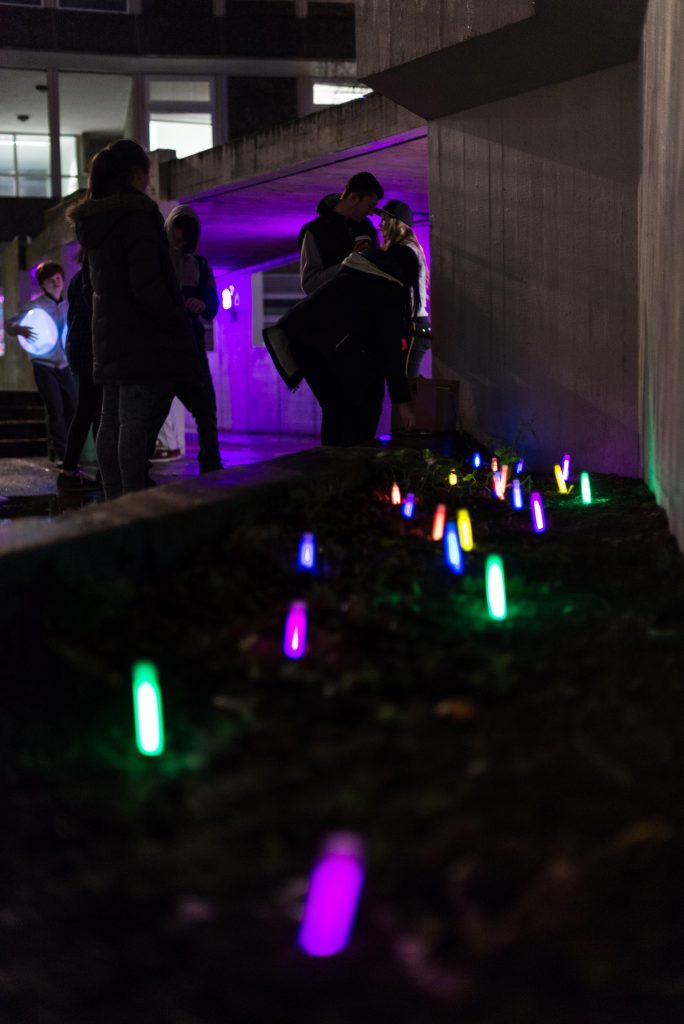 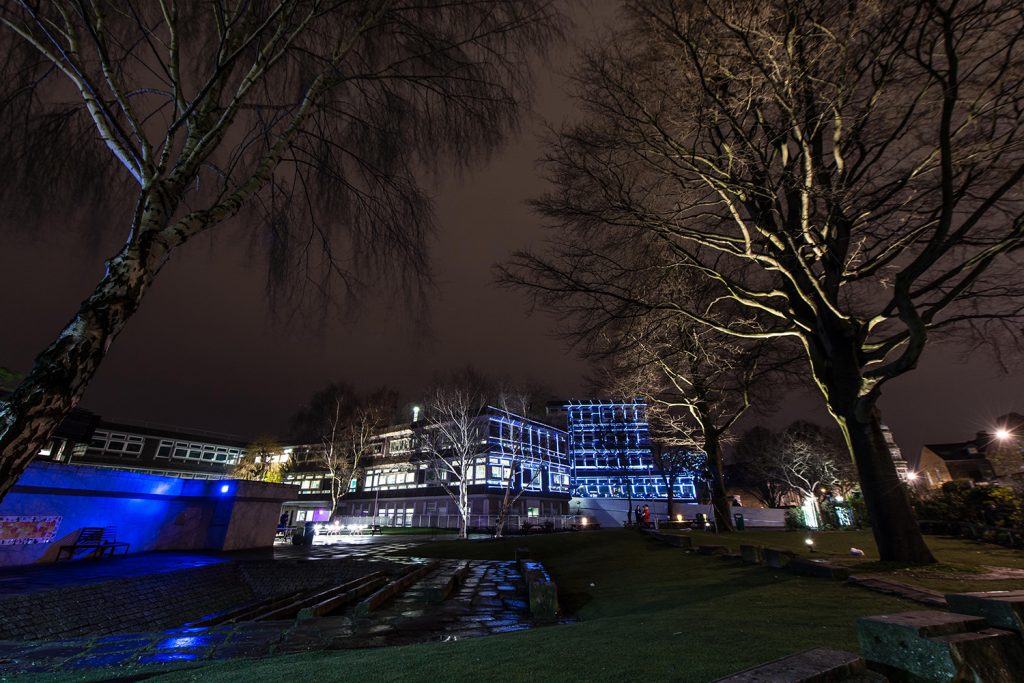 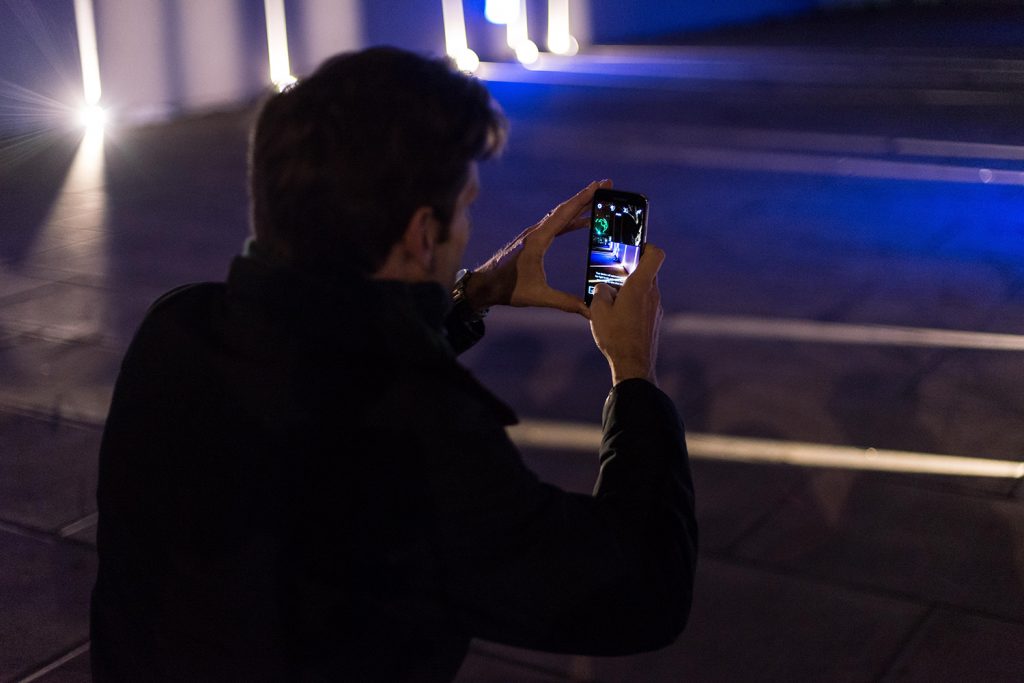 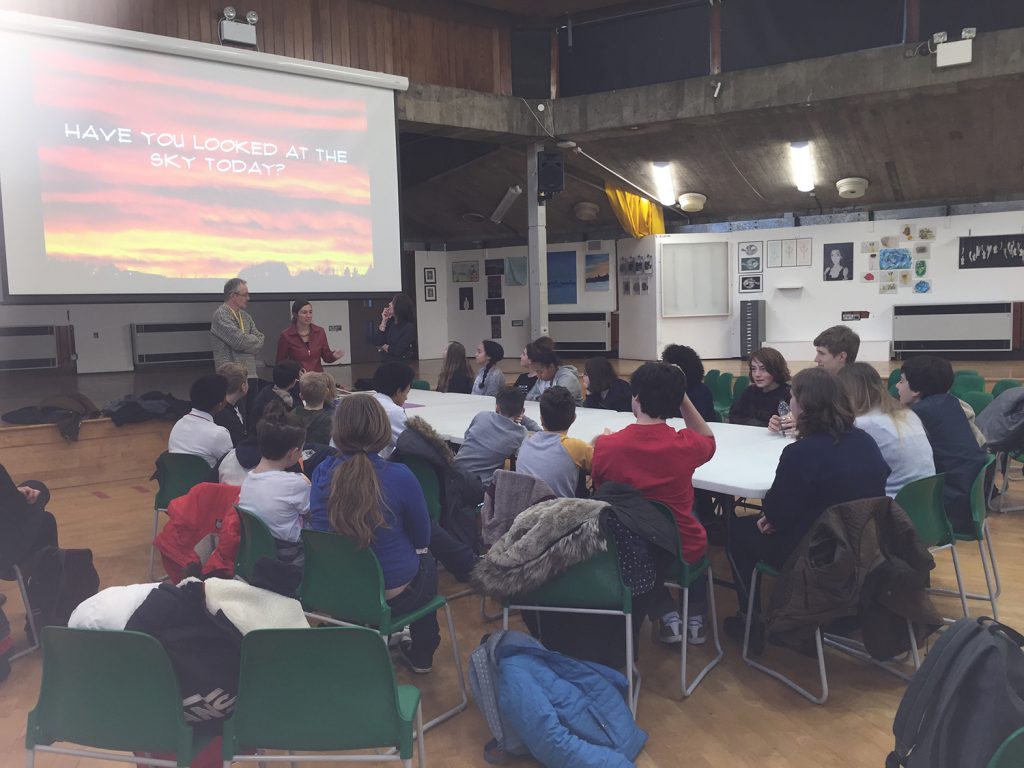 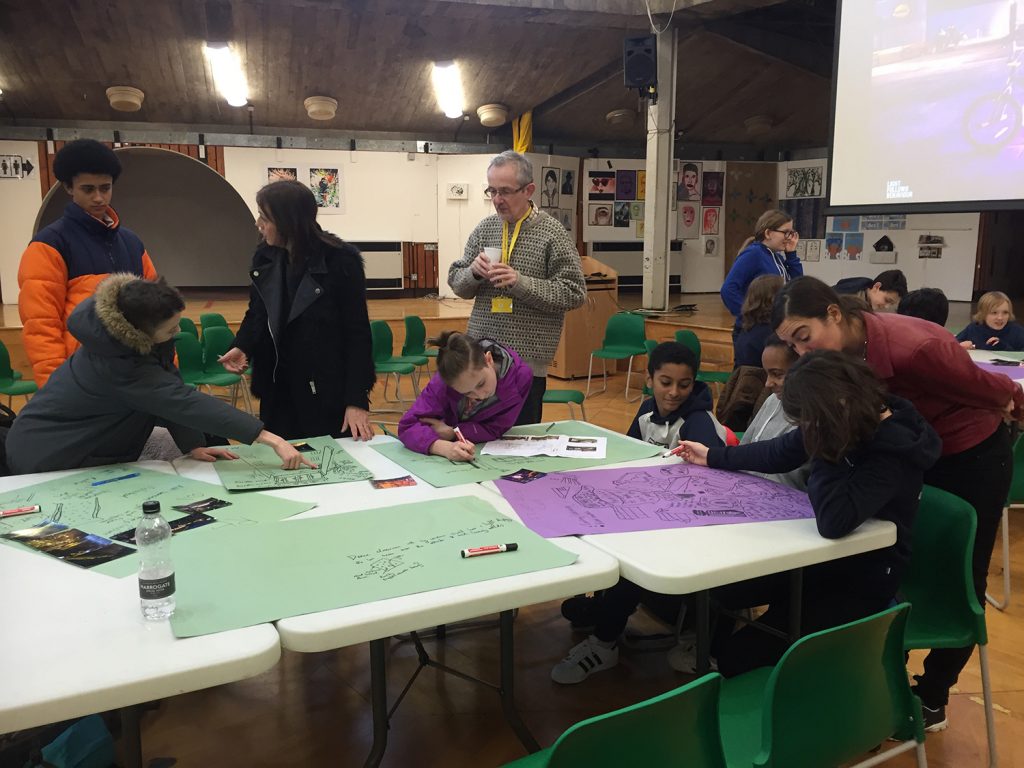 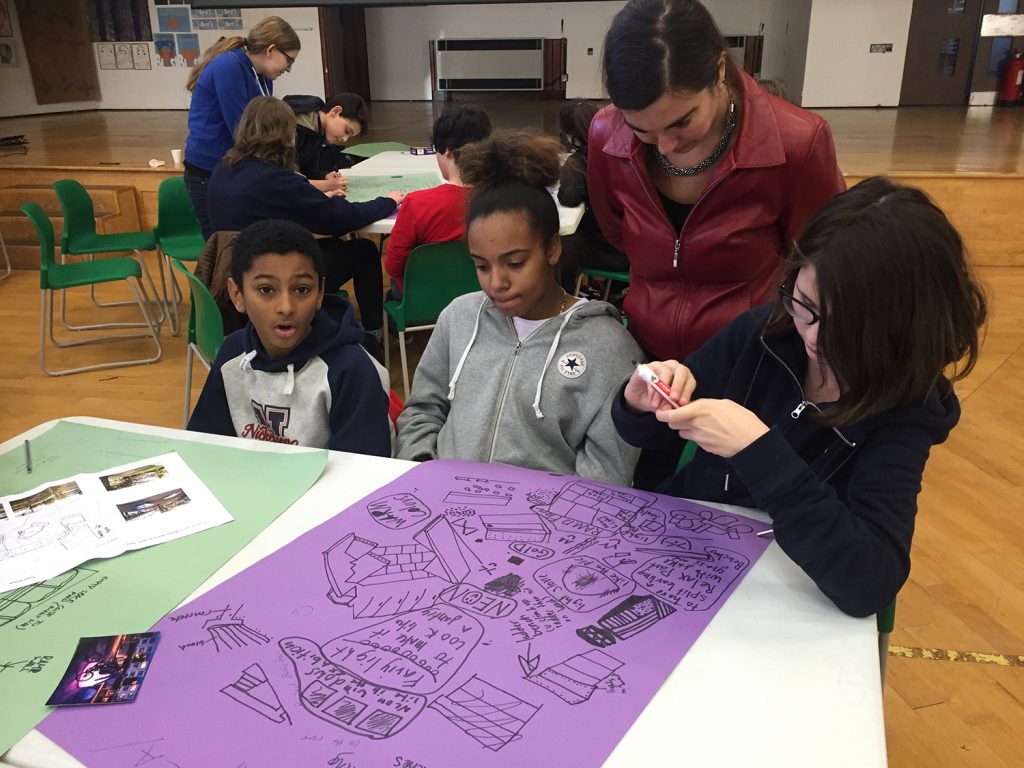 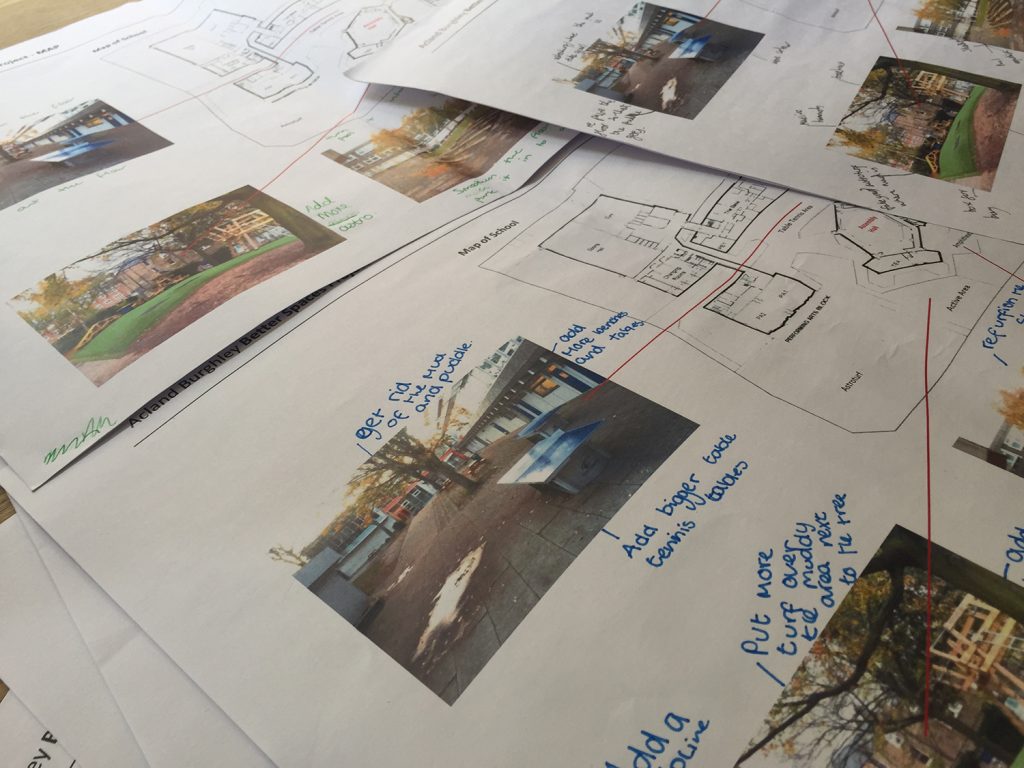 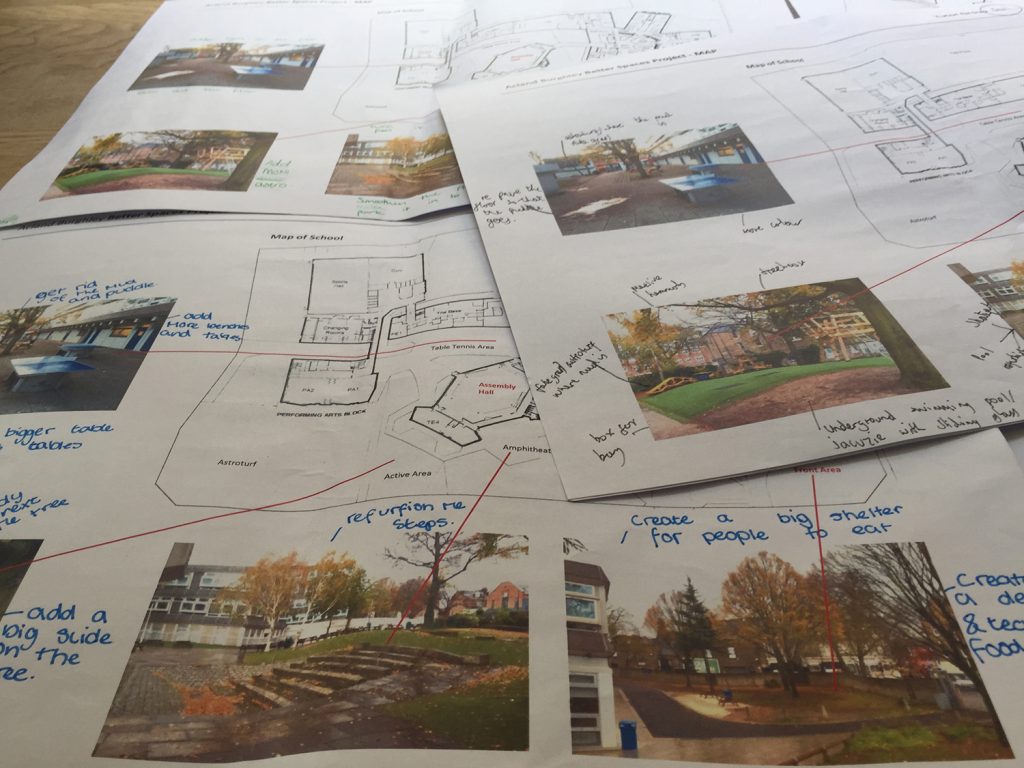 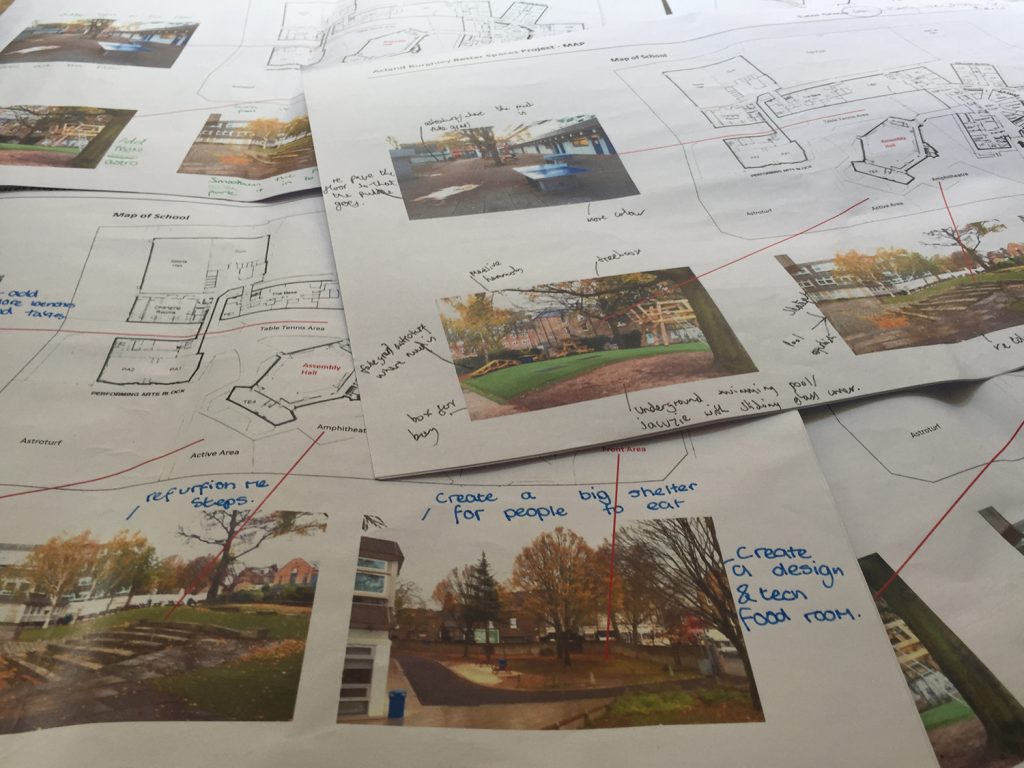 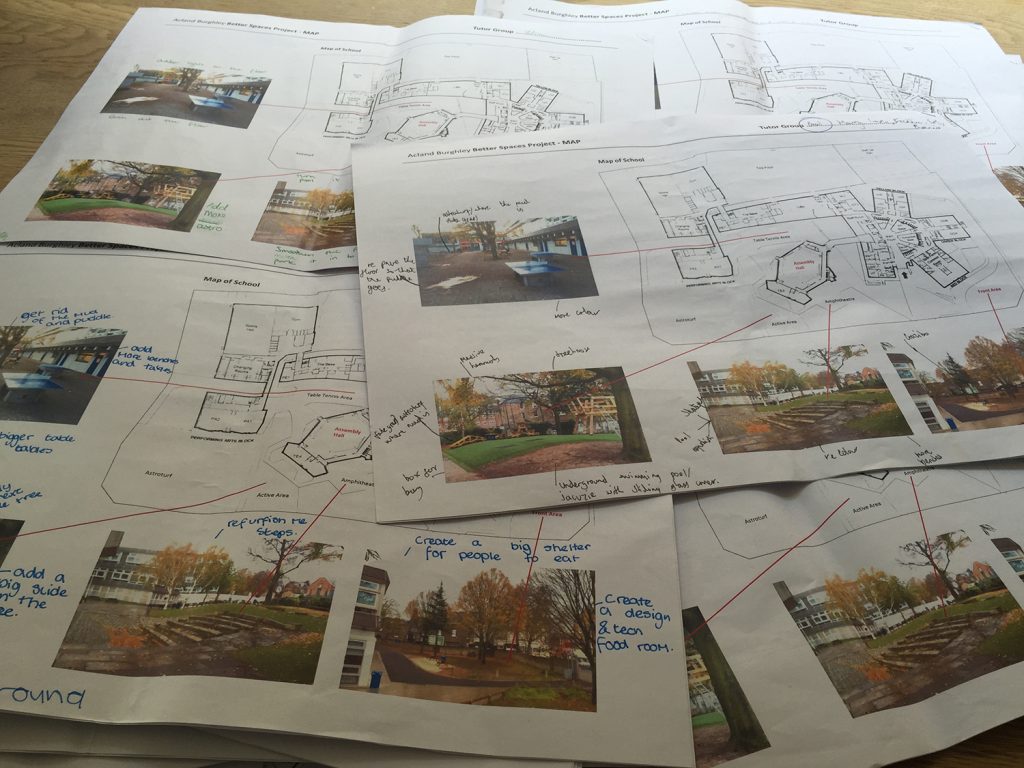 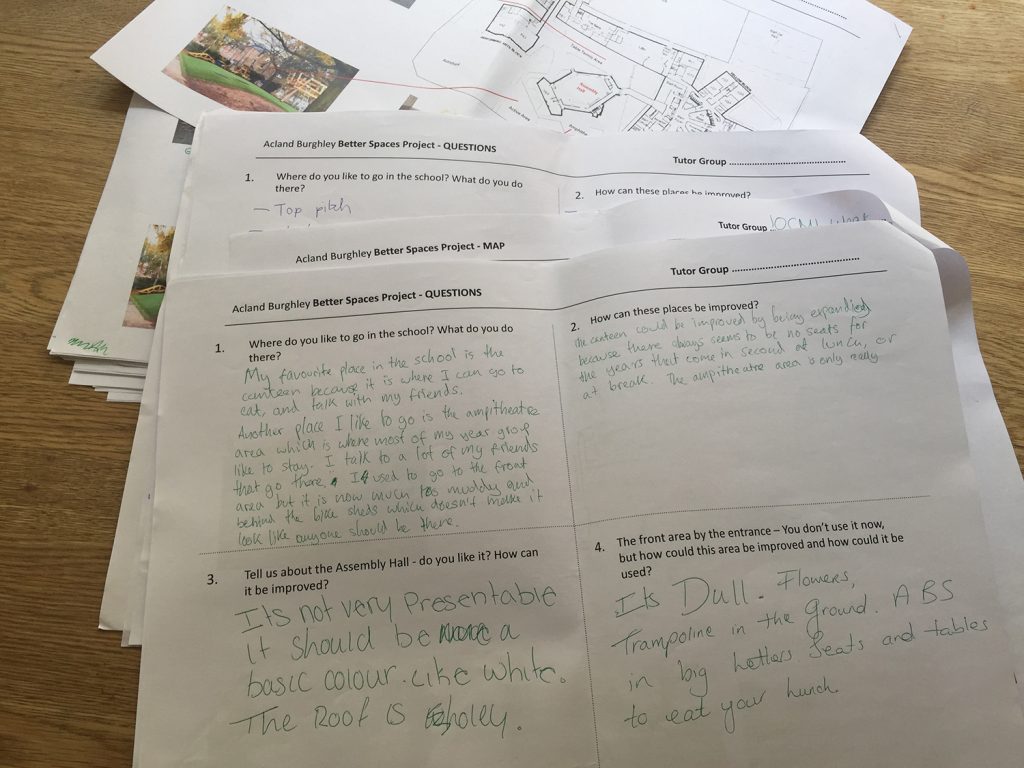 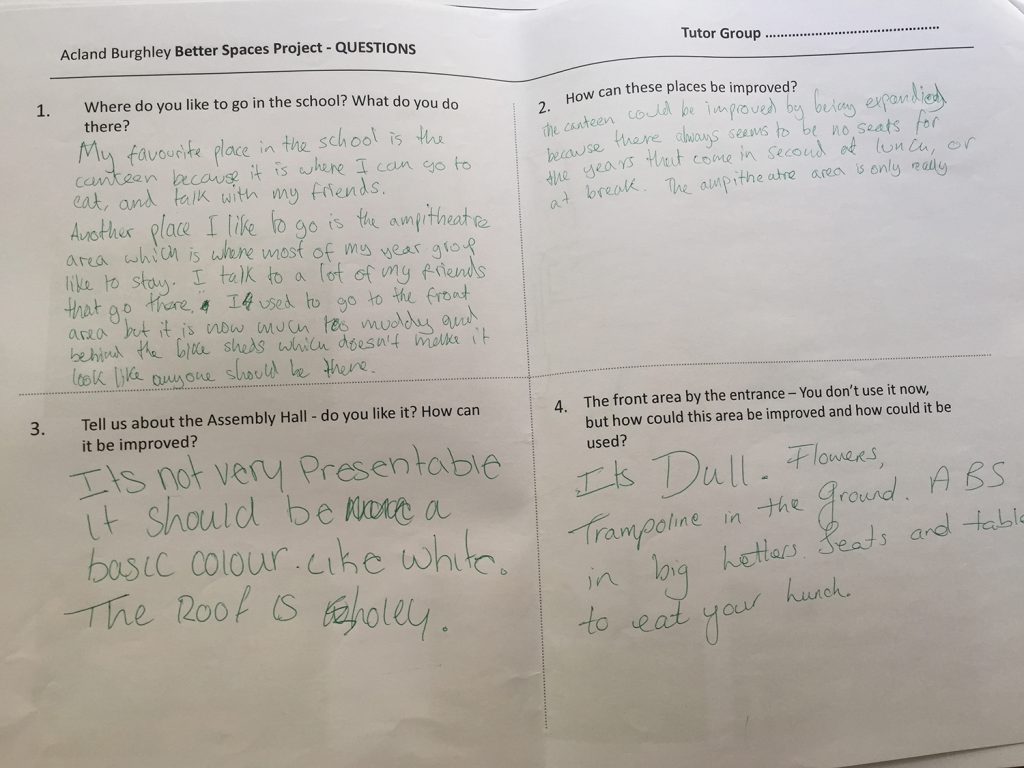 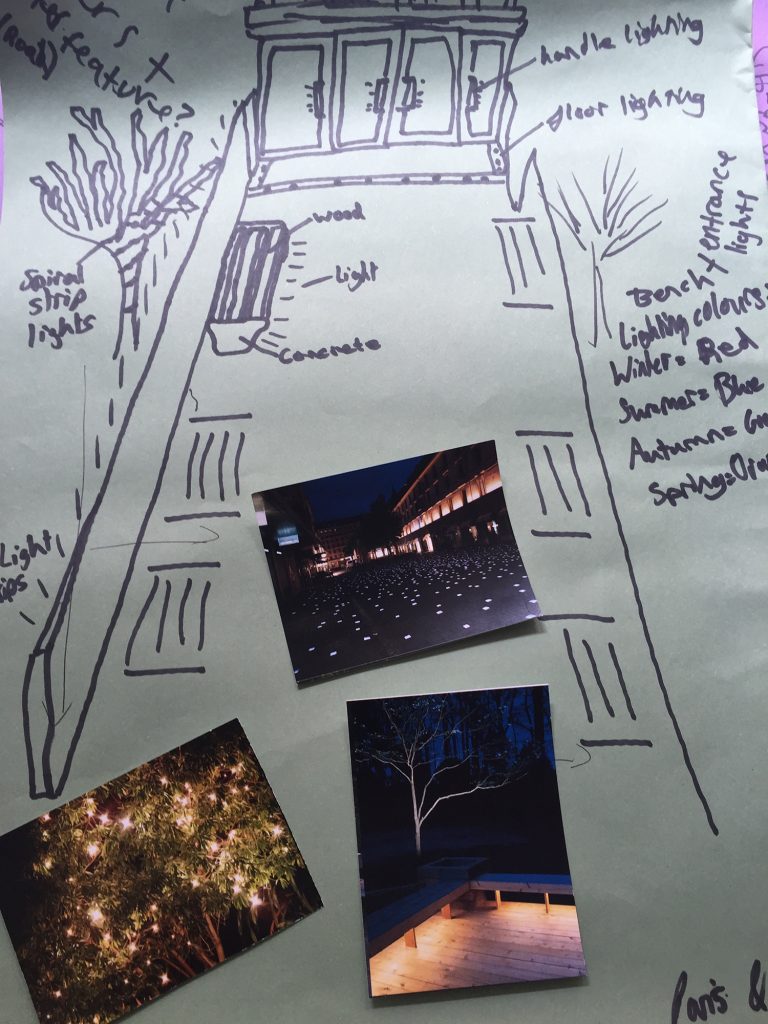 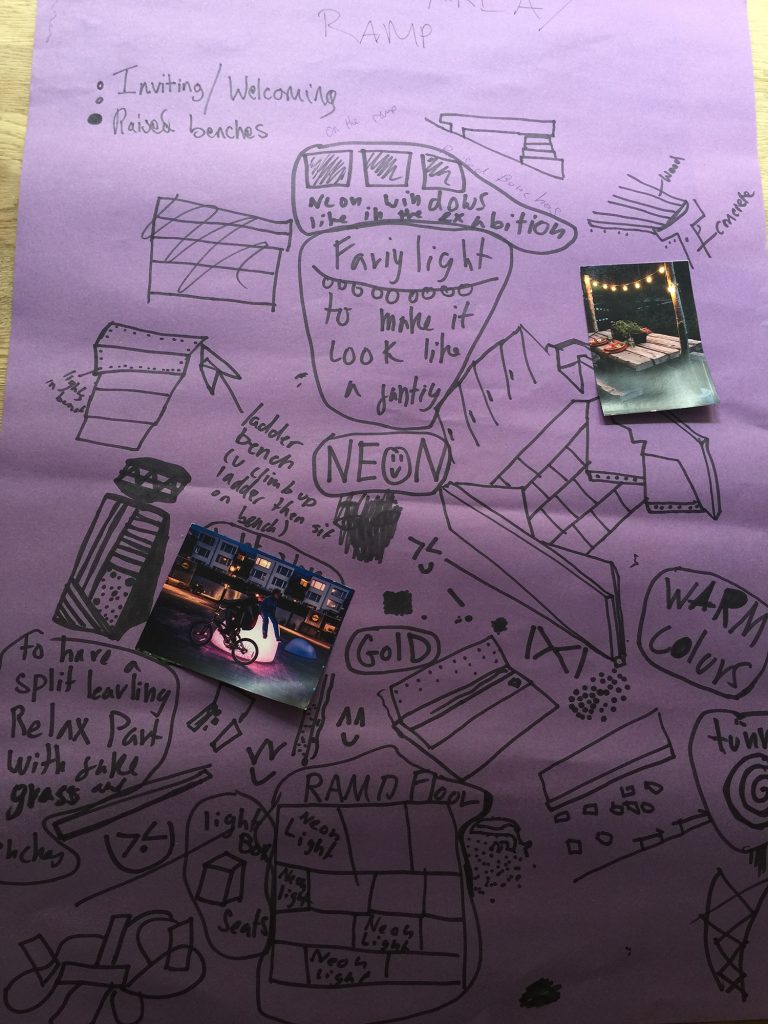 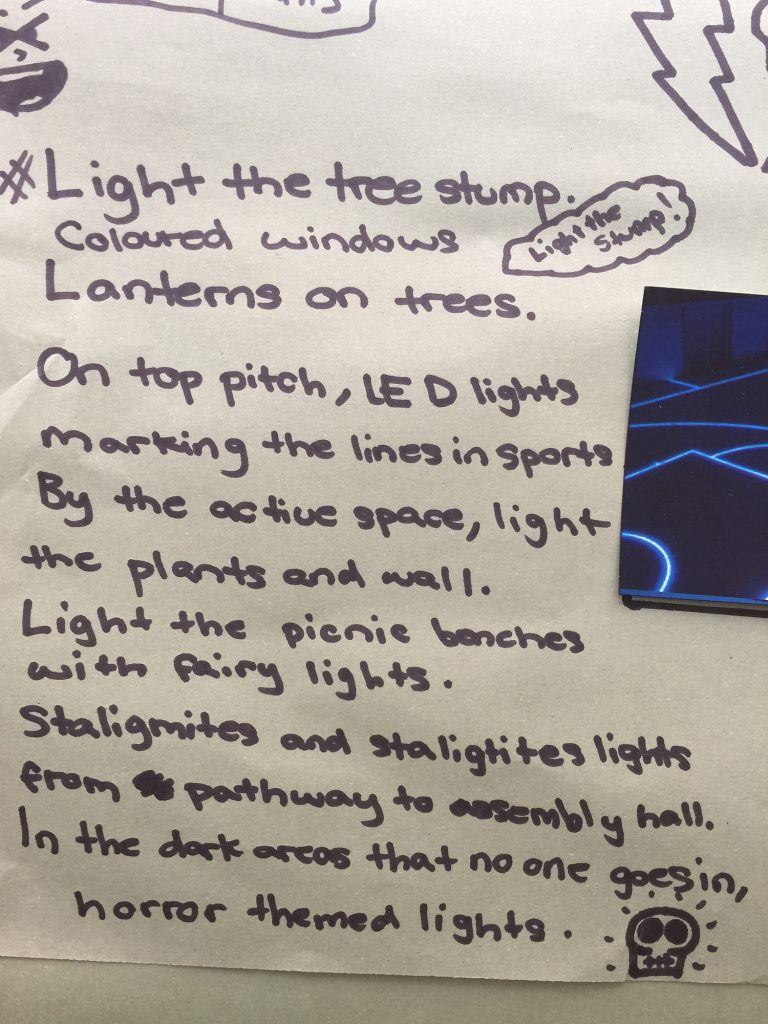 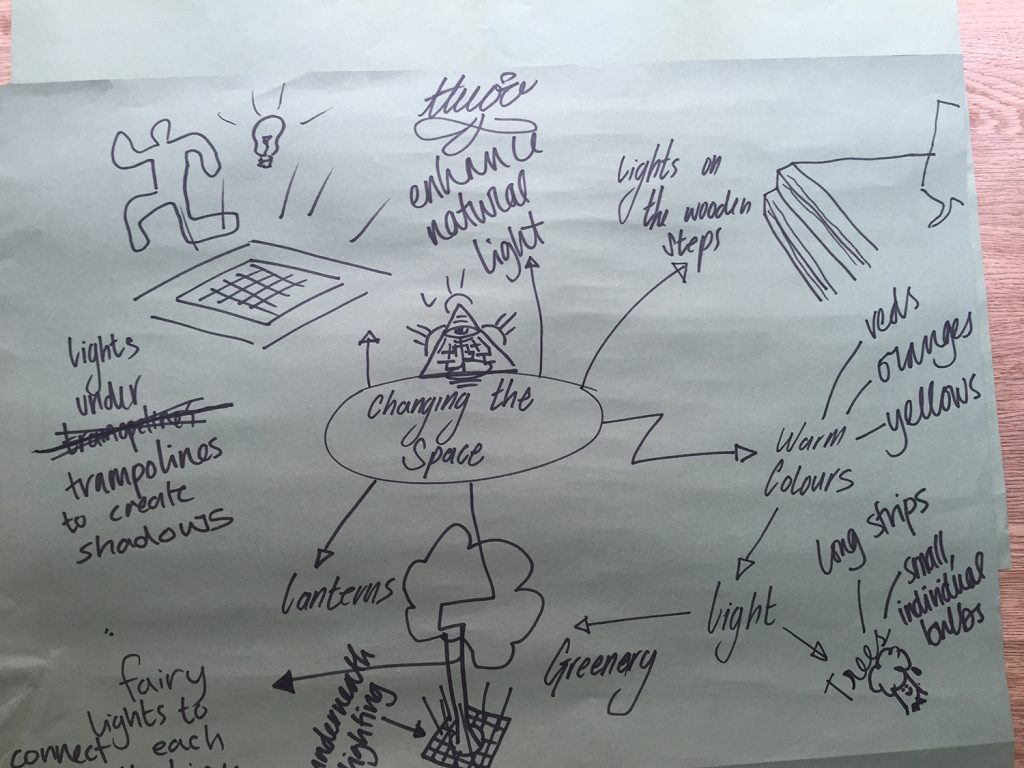 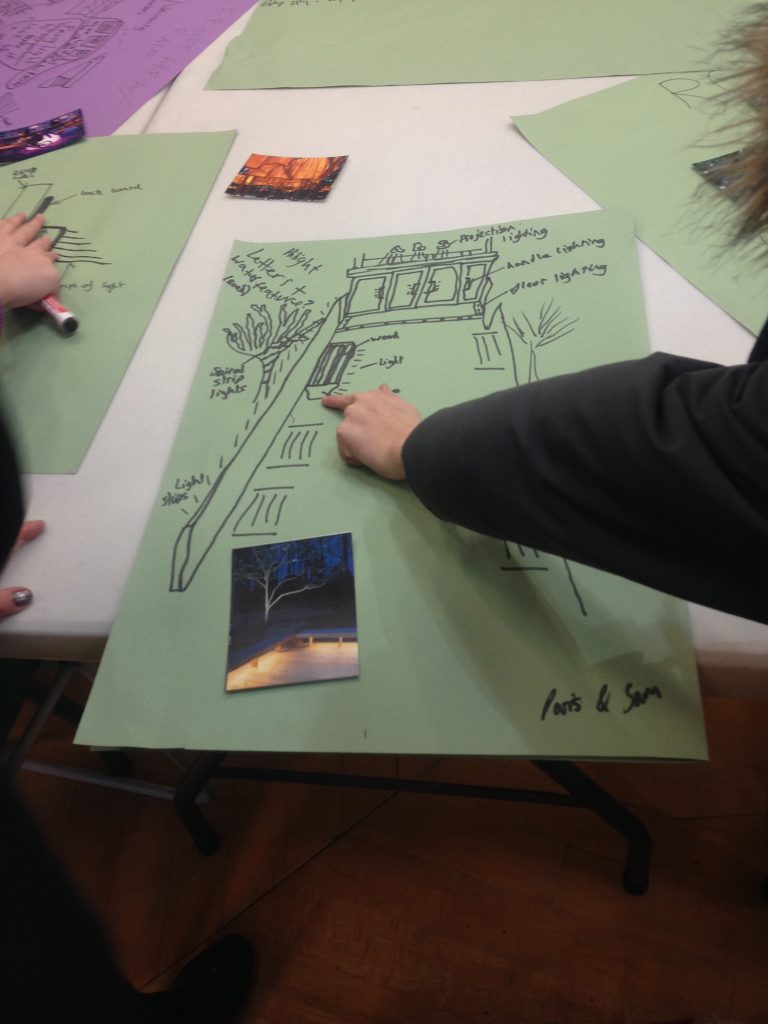 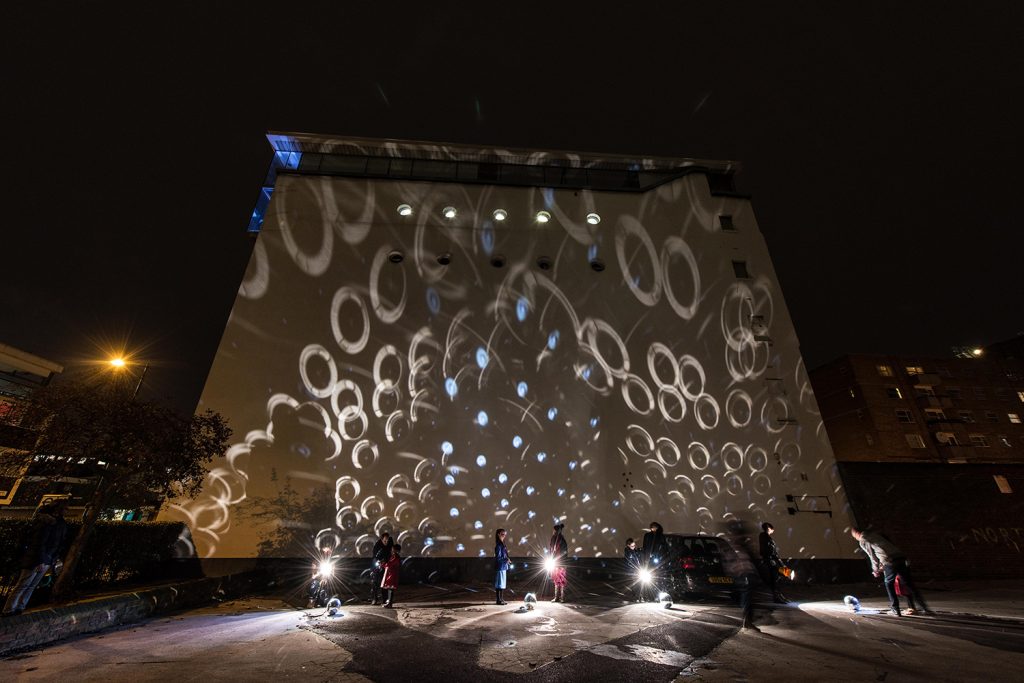