Our penultimate workshop (4-7 April 2017) took place in a modernist social housing estate – Giorgio Morandi – located in a suburb of Rome: Tor Sapienza has been identified by media and commentators as exemplifying social disconnection and marginality.

Distant as well as disconnected from the city centre (in terms of transport, economy and social networks), Tor Sapienza has seen multiple waves of immigration, including recent refugees, from the 1950s, as well as being home to Romany settlements. As Adriana Goni Mazzitelli – who was part of the workshop team – has written:

“Tor Sapienza is a periphery that is screaming disconnection. From worker district in the middle of the XX century to squatting area at the end of it, Tor Sapienza went through the era of concrete blocks, to the Gypsy Camps, with no time to heal its deep social wounds.”

The workshop was a collaboration with Università Roma 3 and Centro Culturale Morandi, a community organization located at the very centre of the Morandi estate, that provided meeting space and logistical support. The participants in this case were largely university students drawn not only from Italy but from around Europe, the UK and Latin America. Many were studying architecture and planning, but we also had social science students, including one who was actually writing a doctoral thesis on recent ethnic riots near the estate.

Sophisticated lighting design is generally reserved for economically and culturally valued city centres – commercial districts and heritage centres. Peripheral areas, working class residential areas and social housing are at best given purely functional lighting (for safety); at worst, they are assumed to be spaces of incipient public disorder, to be brightly lit for policing and surveillance. Lighting therefore both reflects and reproduces social inequalities in the material fabric and spatial organization of urban public space.

The Tor Sapienza workshop focused explicitly on these issues: social housing, rendered in brutal modernism and located at the very outside border of Rome, with a reputation not only for disorder but ethnic riots. Two issues crossed over all the group work: Firstly, although it is easy to invoke ‘community’, or talk of the need for community, participants found that the word got in the way of deeper issues they had to research: division, distrust, open conflict, lack of contact between groups and significant efforts to create smaller communities (eg, amongst immigrant groups) rather than treating the estate as potentially one large community. Secondly, all groups explored disconnection, which again turned out to be a complex set of issues: there was a strong desire for Morandi to be seen as connected to the surrounding town rather than a special and problematic place; there was also a desire to make internal connections between the fragmented zones of the estate; and there was a desire to make space for diverse and unpredictable connections between the fragmented populations.

This was a site-based workshop but slightly different from the others: instead of giving the groups specific spaces to work with, they were asked to look at kinds of spaces, and could choose specifically where they wanted to mock up lights: facades, entrances to the estate, play spaces, and the disused or squatted buildings.

Connections and surroundings:  Group 1 worked on the ways Morandi connected to the surrounding town, which included interviewing people outside the estate as to their perceptions of it, and people inside the estate about how they felt they were perceived. This also drew out contrasts between how residents and outsiders understood the social life of the estate. Lighting, in this case, could address some of the issues very directly: main entry ways and paths through the estate could be lit to both mark them as atmospheric rather than threatening or illegible, and to visually draw people’s gaze into the estate.

Play of light: The inner space of Morandi had a number of recreational spaces – sports pitches, playground, benches. However, they were scattered, unconnected and there was little overlap between users. This was accentuated at night, when people felt that lack of lighting made each space unusable, and few wanted to move across the estate between these spaces. The lighting strategy worked with the sports to pitch both to activate it after dark, but also to make it a beacon to connect people across the estate.

Space in the city: Group 3 were asked to work with the facades of the residential blocks, and the seating spaces at the ground level of the blocks. Although they started with an idea of unifying the atmosphere of the place through a notion of ‘community’, this broke down early in the research: people understood Morandi as a ‘mosaic’ of diverse and self-organized groups, largely happy to co-exist. What was lacking were meeting places, but ones that reflected this fragmented but acceptable diversity. The lighting strategy therefore made use of the ground floor structures to make a mosaic of intimate but public meeting places, each with a distinct atmosphere and visual structure.

Informal spaces: Down the centre of Morandi were long buildings (‘the tunnels’) designed in the original grand plan to house shops for the estate. These quickly failed, and the tunnels have long been squatted by incoming migrants and refugees who have devoted considerable energy and ingenuity to creating liveable homes and their own public spaces. Group 4 also started from the idea of community and integration into the estate, but interviews and observation involved them more deeply into understanding what the squatting residents were trying to achieve. The lighting strategy aimed to reflect and support their way of life (eg, lighting specific spaces that are regularly used for barbeques), and to ensure that their space, and use of that space, is acknowledged and respected by their neighbours. 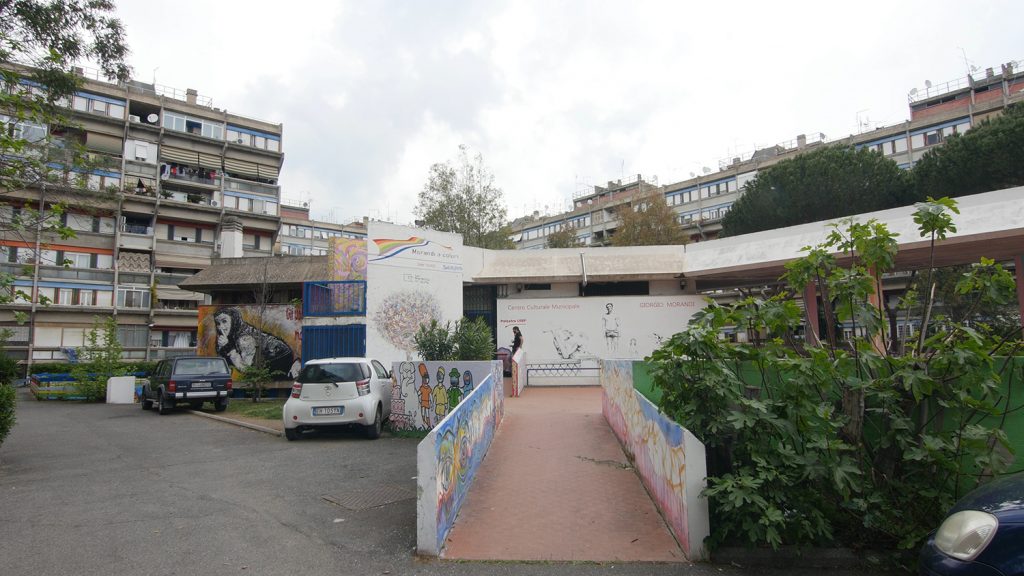 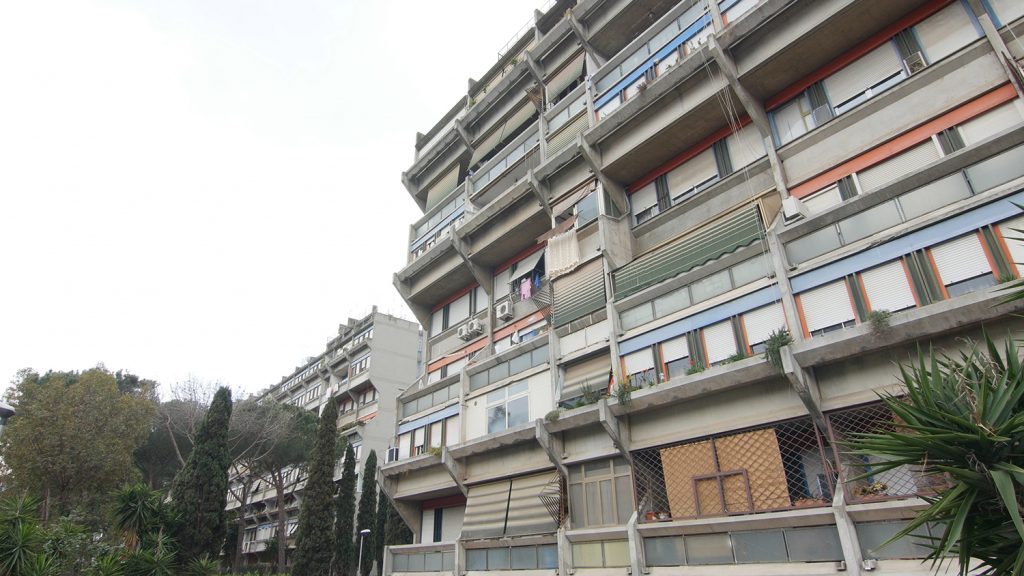 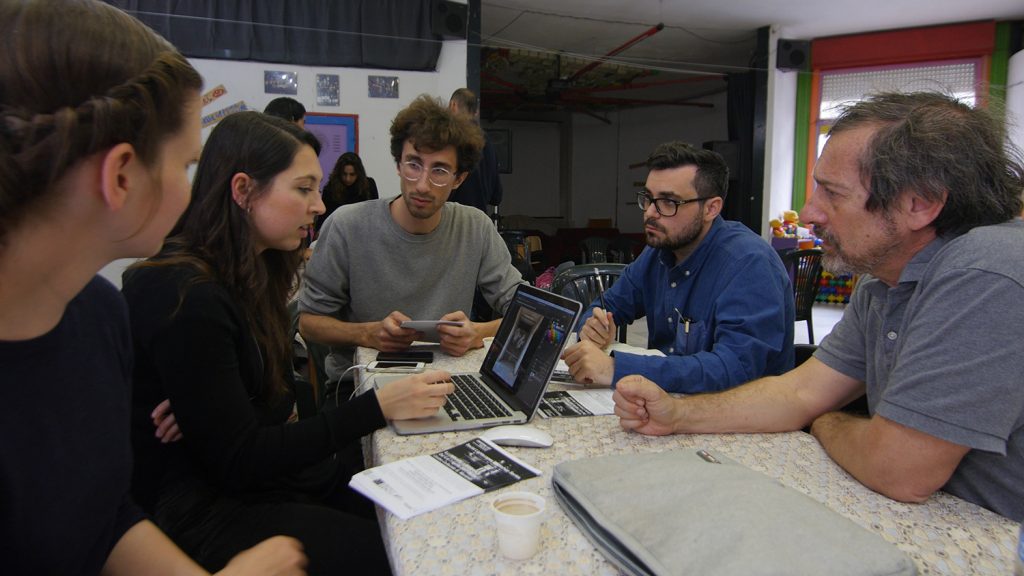 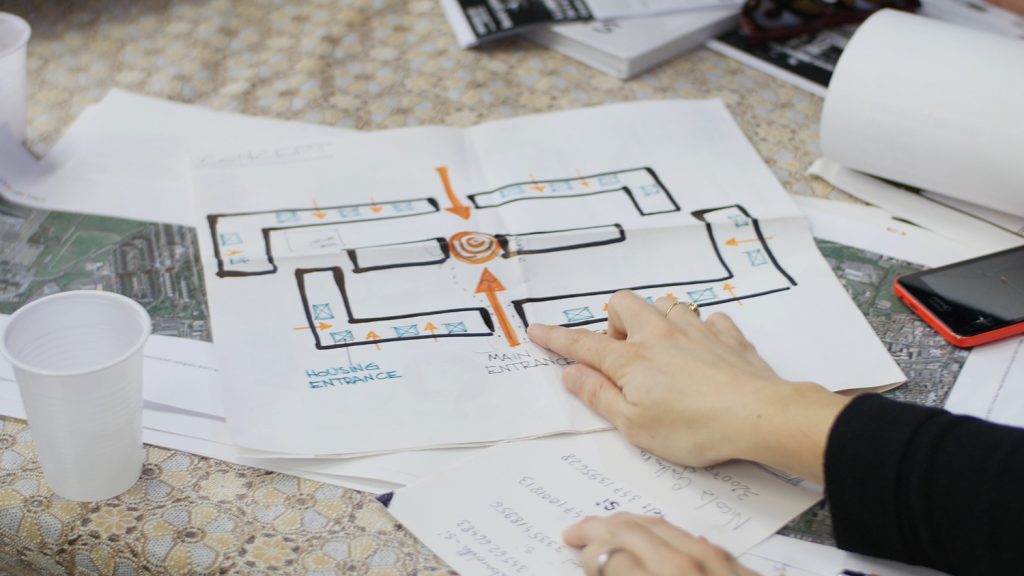 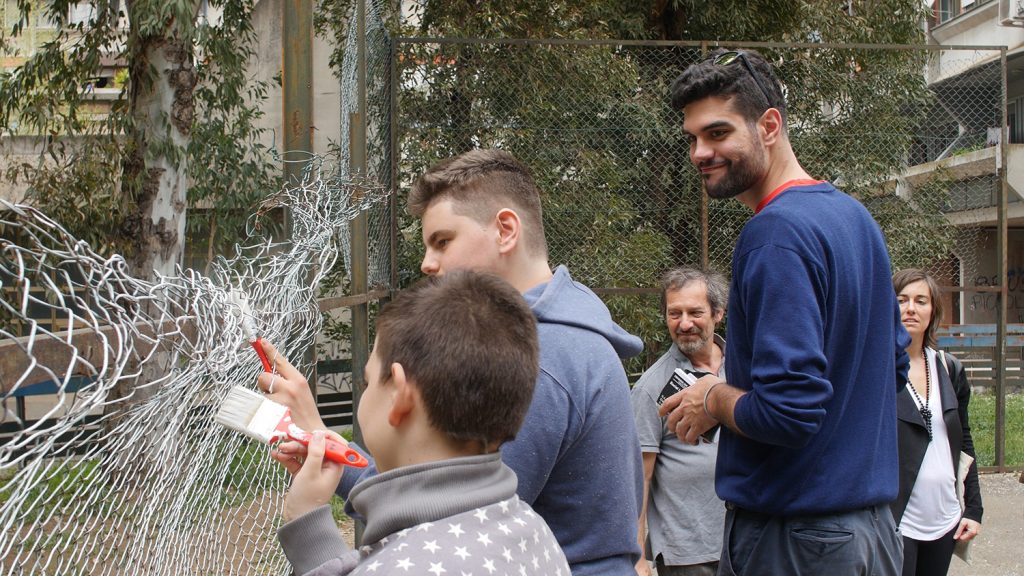 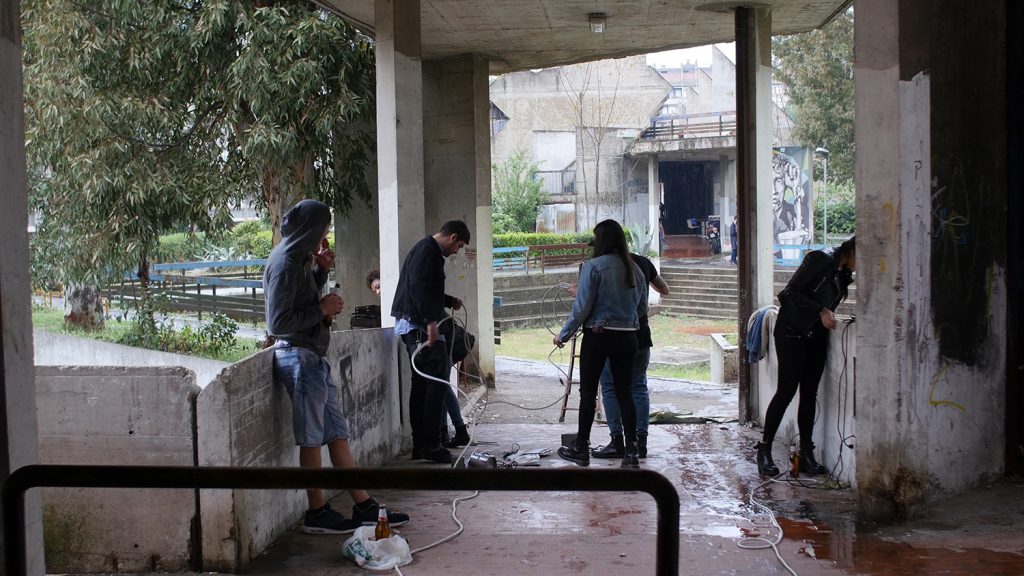 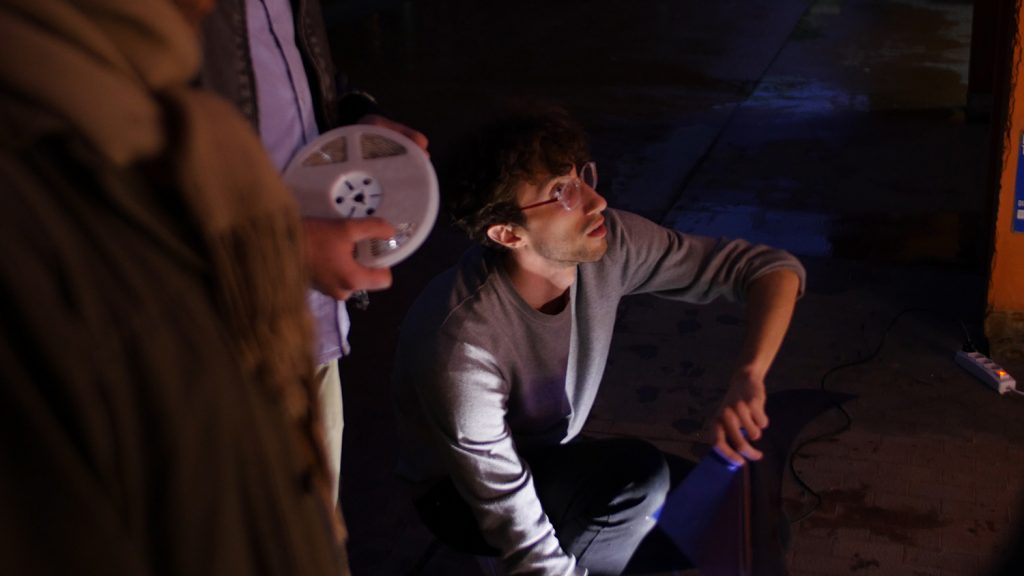 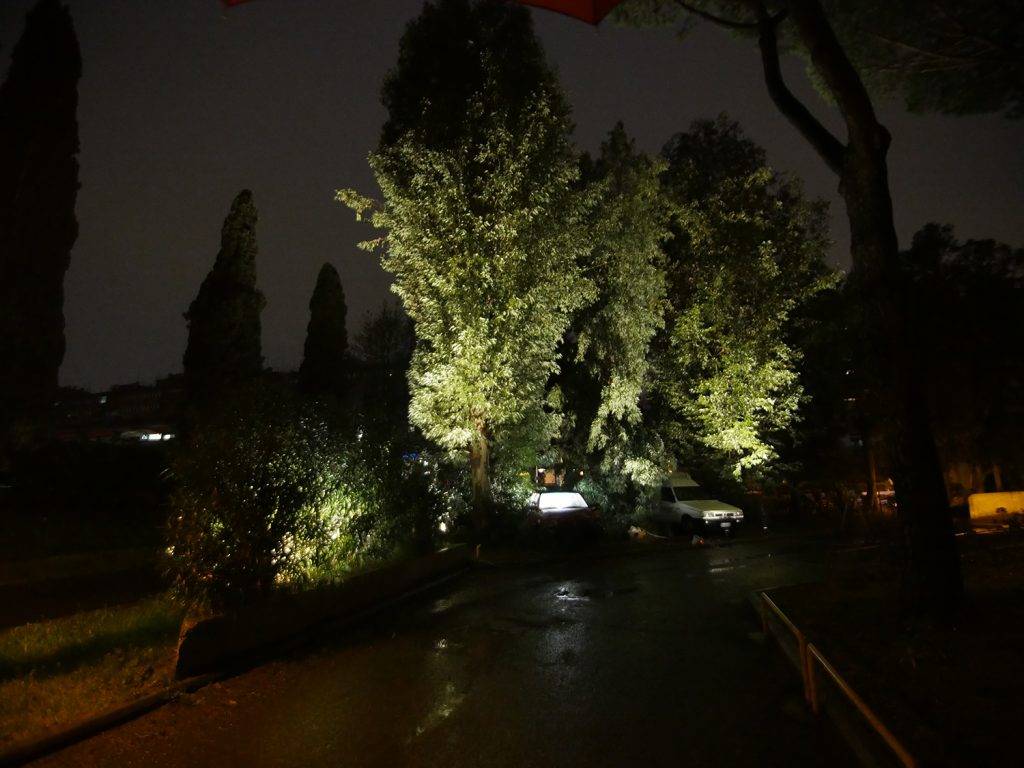 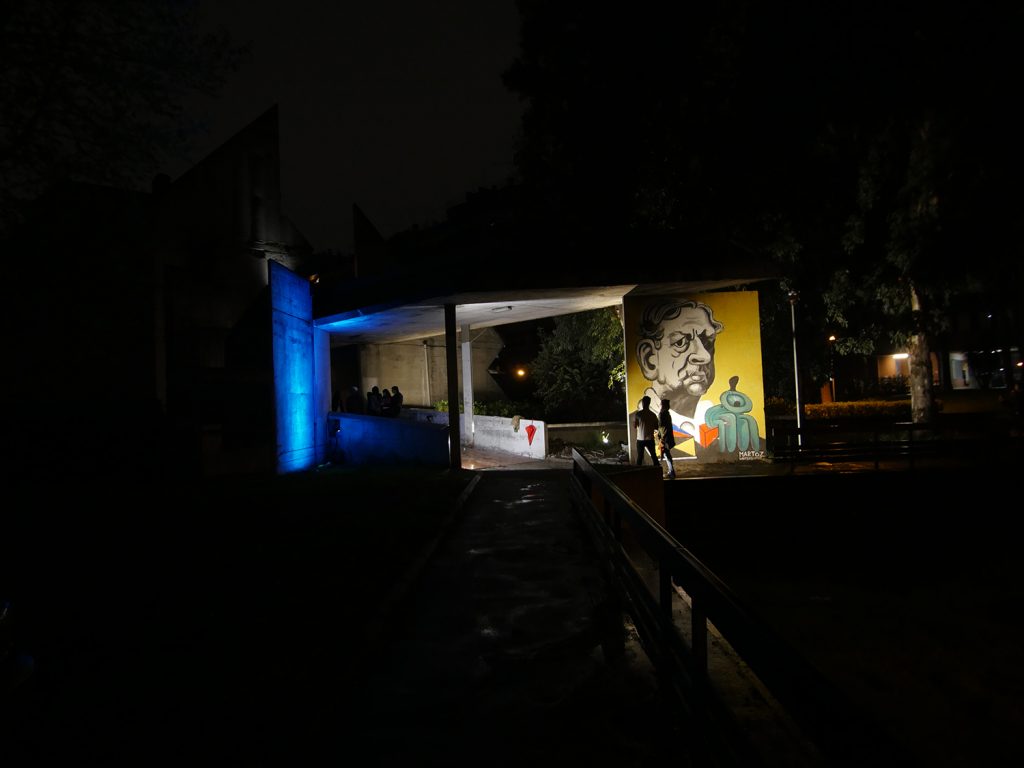 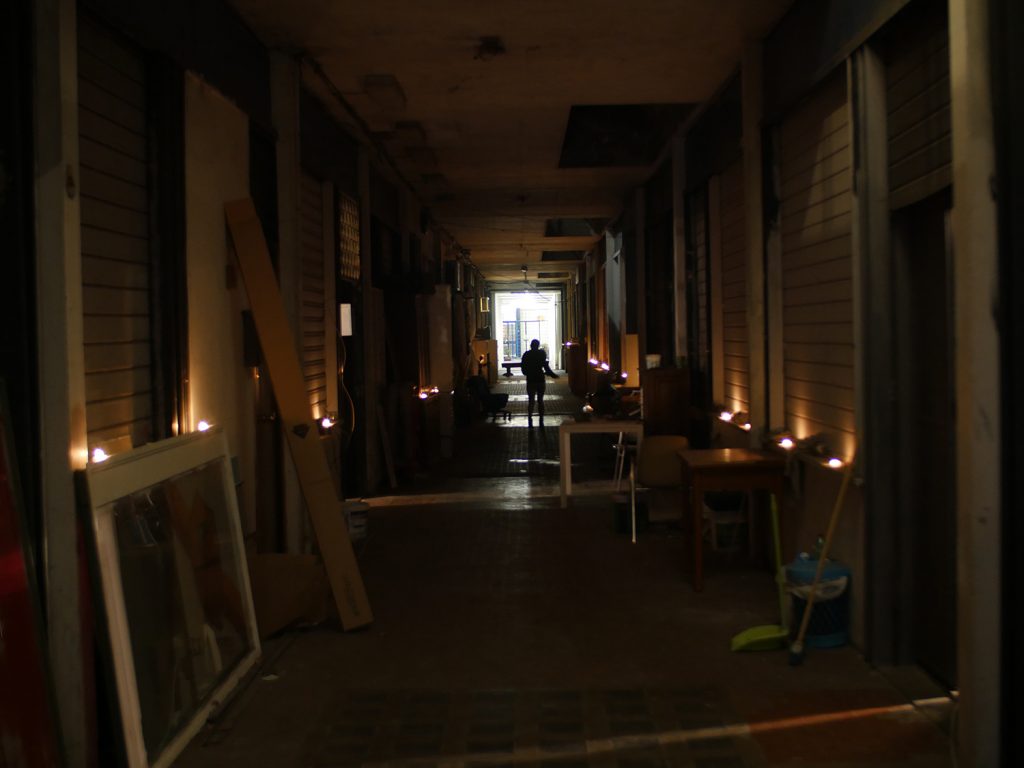 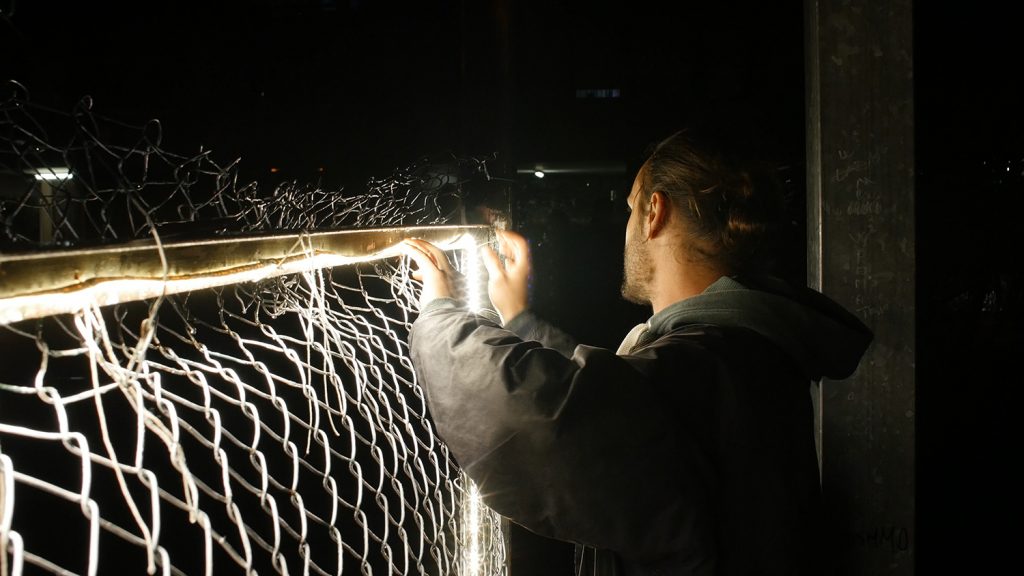 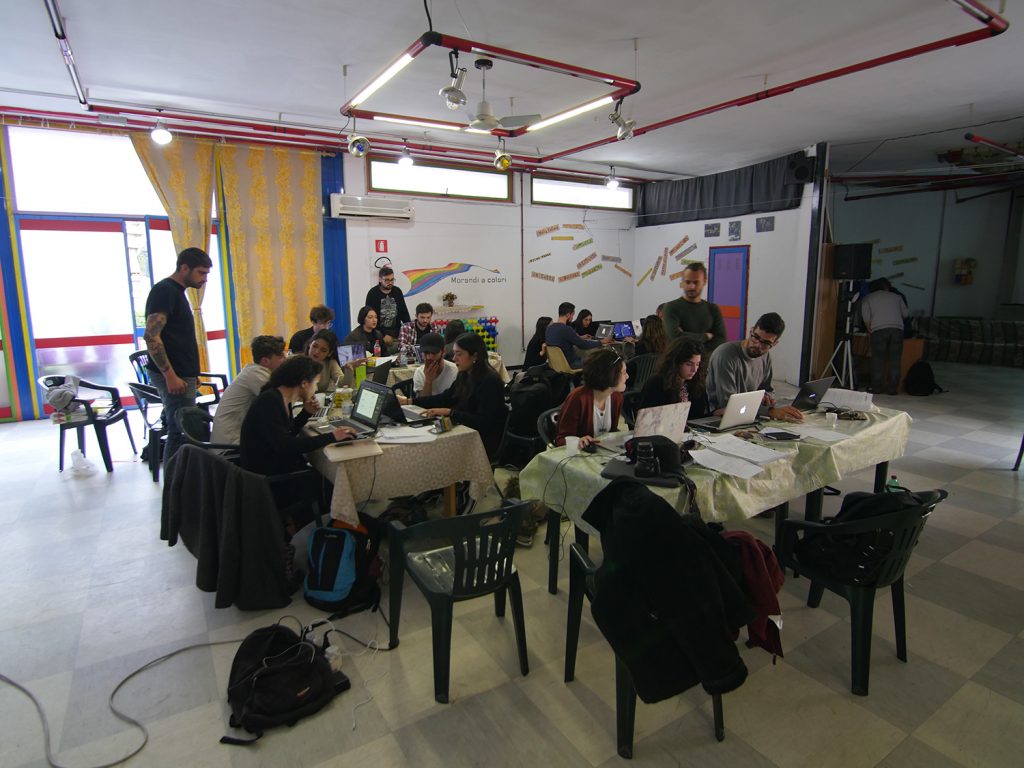 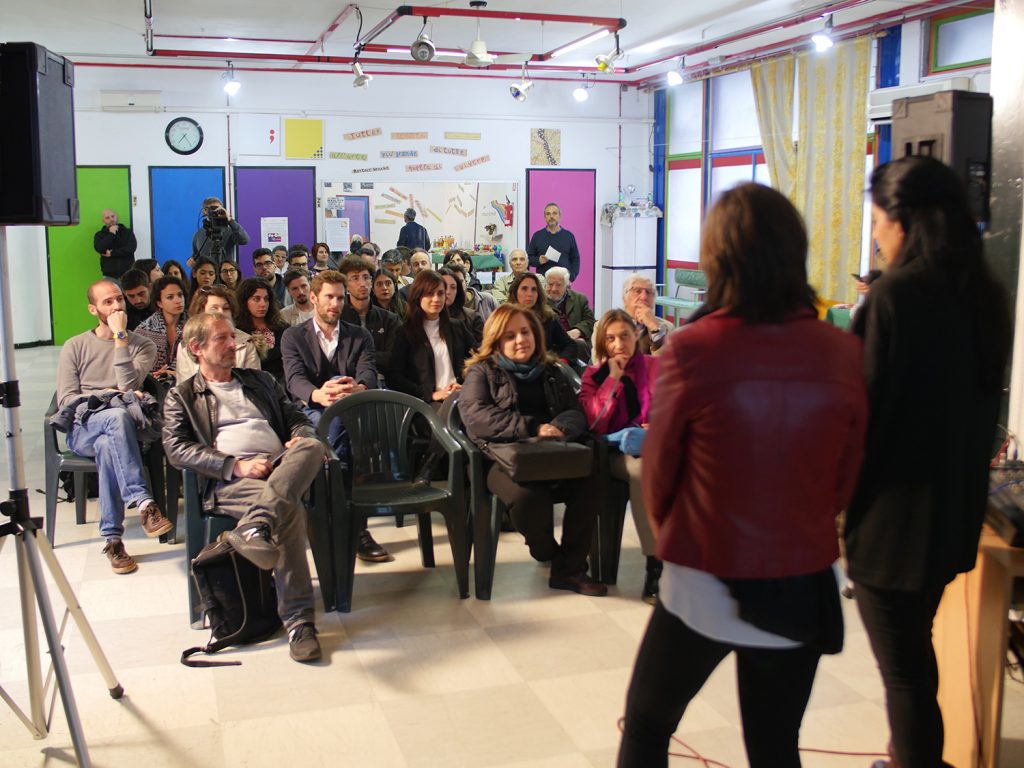 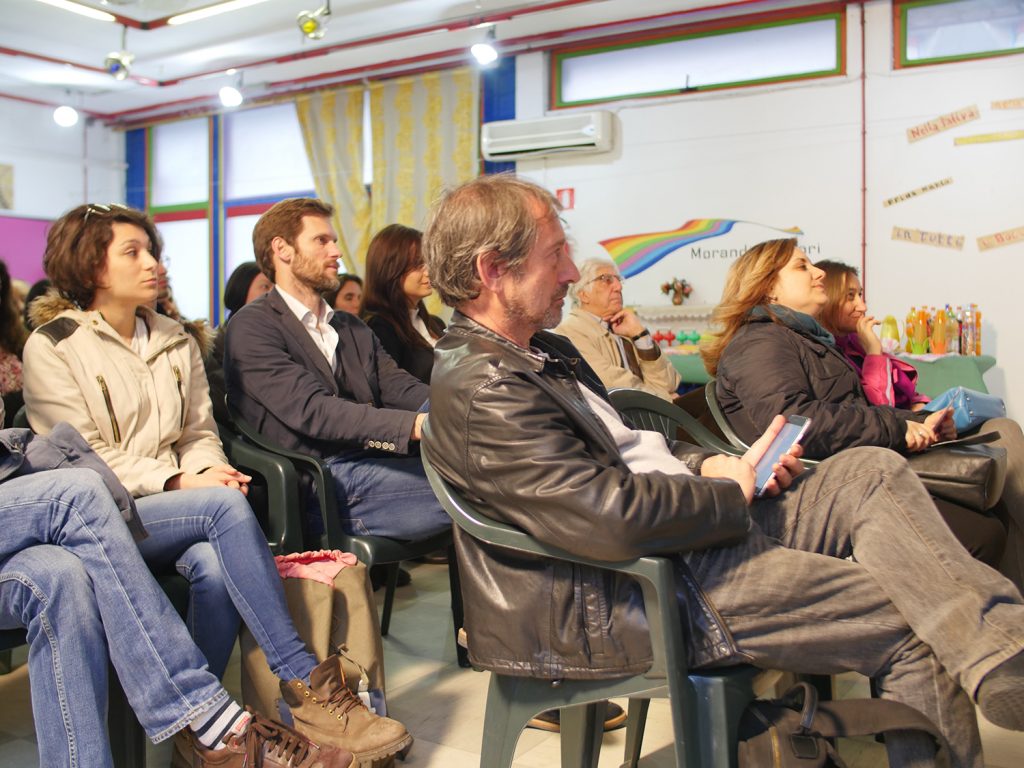 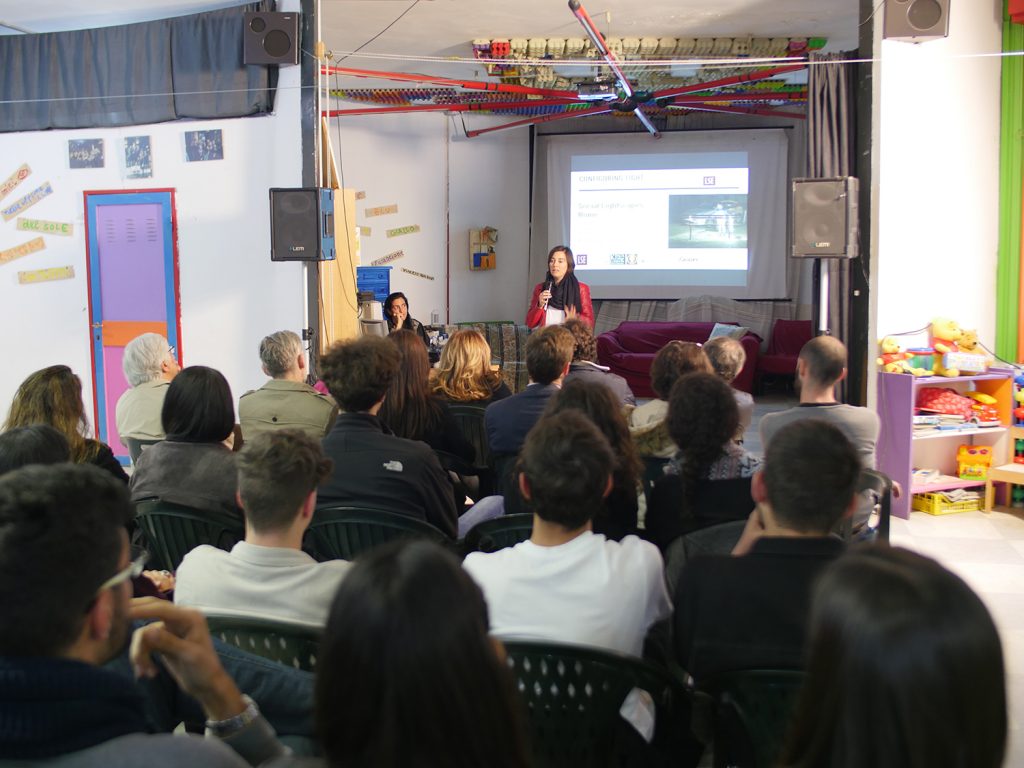 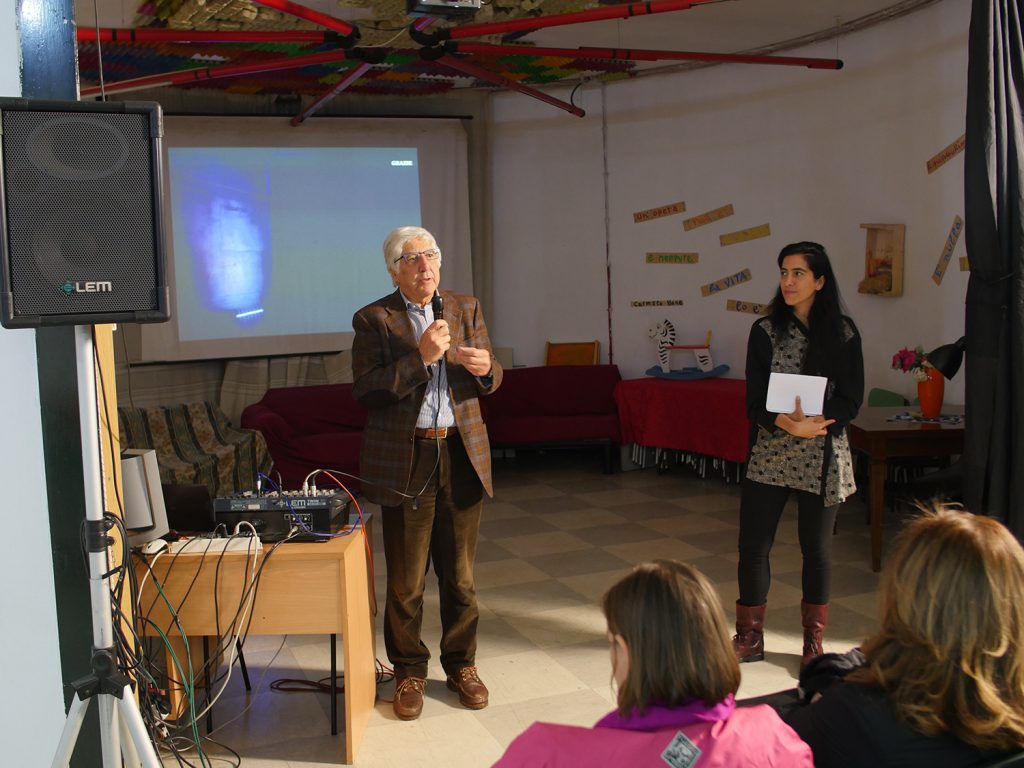 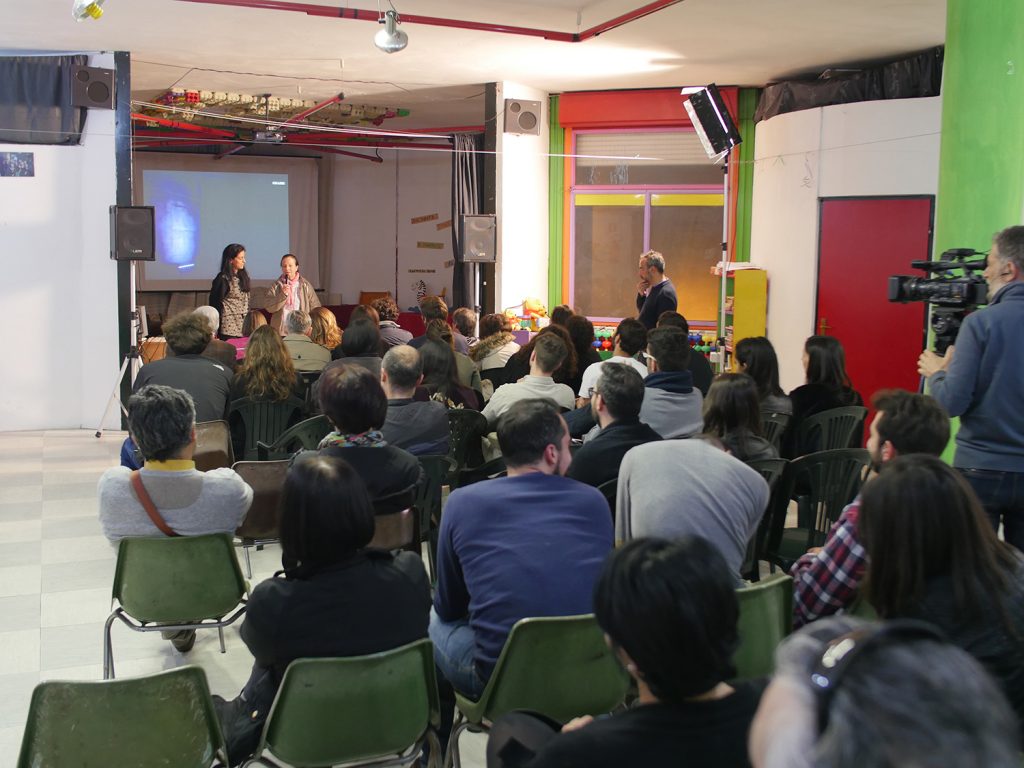 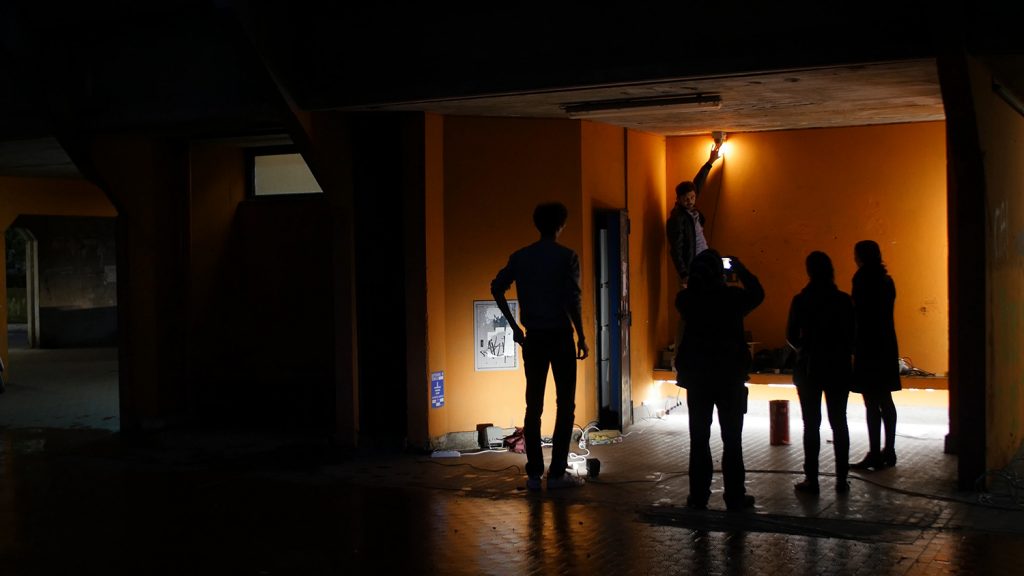 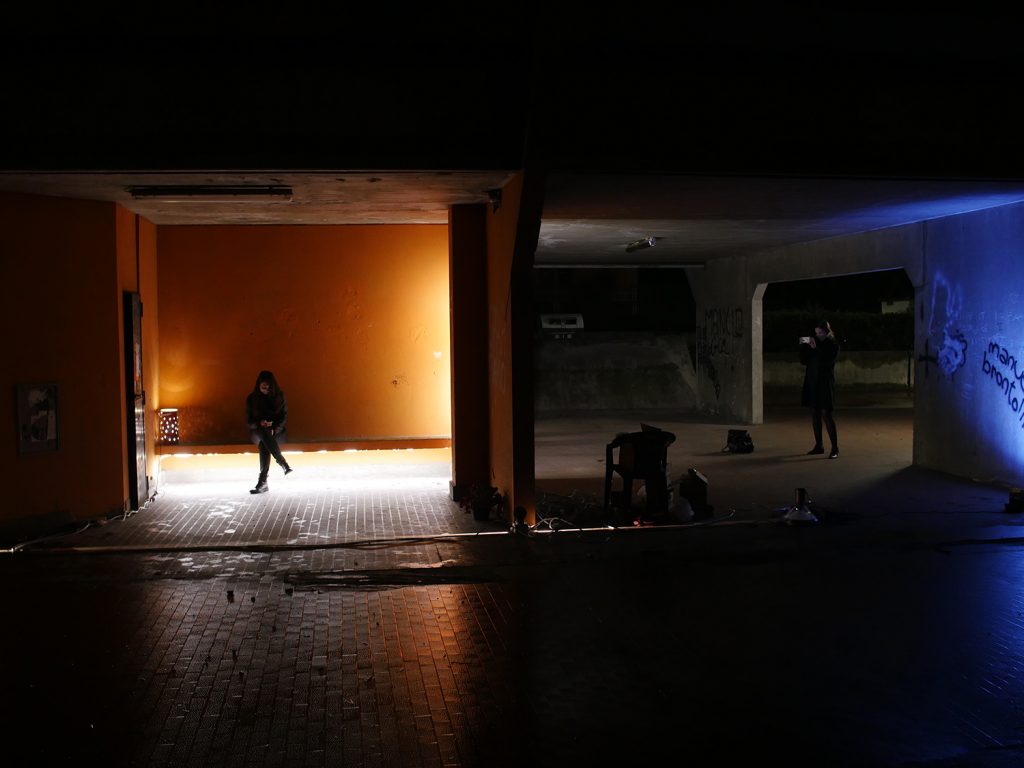