The ESRC Configuring Light seminar series got off to a brilliant start at LSE Cities on 24 April 2014. It kicked off in the morning with the fantastic public panel discussion ‘Lighting London’, chaired by LSE Cities’ Ricky Burdett. We were delighted to have Keith Bradshaw from Speirs+Major, Eric Parry from Eric Parry Architects and Peter Rees, Professor of Places and City Planning at the UCL Bartlett Faculty and former Planning Officer of the City of London who all gave fantastic presentations to a packed and diverse audience of architects, lighting designers, planners and academics.

Keith opened up proceedings with a fascinating introduction to the lighting designer’s world, presenting it as the inverse of the world of the architect. The nocturnal city is less controllable, he argued, but this is also the beauty of it. His slides of images of the city at night demonstrated the ‘wonderful diversity of light in London.’ His message was also ‘light is precious, don’t waste it’. Eric’s presentation complimented Keith’s talk perfectly: He took us into the world of the architect and picked up some of Keith’s themes when describing how, in his architectural practice, he sculpts his buildings with daylight. He went on to argue that, since urban buildings are always in a dialogue with surrounding street lights they are in constant change. However, this seepage from light around the building can be utilised through building materials that will reflect the light from the street or from digital screens. The final talk from Peter Rees threw all this up in the air when he opened with the revelation that he ‘loves the dark’ which has a magical and special quality that we are in danger of losing as buildings and cities across the world compete to have brightly lit skylines. That said, he also argued that light is important to our sense of urban ‘thereness’ because light makes us want to ‘go there’ and ‘be there’, and, as such is important to the thrilling experience of cities. The discussion that followed moved around these issues of city temporality, iconicity and aesthetics.

The two afternoon panels were opportunities to examine how different academic disciplines respond to, work on or with light as material practice and product. We heard from areas ranging from anthropology to sociology, geography and lighting design. The first panel, chaired by Don Slater, had great papers from Elizabeth Shove, Lancaster University, Rob Shaw, Durham University and Mikkel Bille, University of Roskilde. Elizabeth’s paper dealt with issues of light from the standpoint of energy use and consumption in the home, noting that light has tended to play a less significant part in our concerns with energy consumption vis-à-vis the greater cost of heating our homes. Rob’s paper switched the focus to our affective relationship with light and his provocation to consider light not only as a thing that is configured, but which itself configures experience, emotion, affect, is one that was taken on board and discussed. Mikkel’s paper was a fascinating comparative anthropological examination of meanings of home interior lighting in Denmark and Jordan. His analysis of the use of green windows in Islamic homes in Jordan had us all talking about the culturally different understandings and relationships to light colour and temperature.

The second panel, chaired by Joanne Entwistle, moved between history of design from Alison Clarke, University of the Applied Arts Vienna, to the sociology of energy consumption on a global scale from Sean Cubitt, Goldsmiths College, to lighting as material and technology from Kevin Mansfield, Bartlett School of Architecture. Alison’s talk was a fascinating account of different social science interventions into design practice in the UK, from the post-war Government concern to build light and healthy buildings, often using glass bricks, to discussion of how the People’s Home, Mass Observation Report of 1943 illustrated different class relationships to light and windows. Sean’s presentation was a macro analysis of electricity and energy consumption that considered the political implications of our reliance on centralised electricity supply. This generated discussions on the inevitable issues of waste and environmental cost of energy consumption. The final presentation was from Kevin who argued for a consideration of the materiality of light and its physical qualities of colour and temperature, as well as calling attention to the importance of luminaires for directing this light. His paper brought us back full circle to the issues raised in the morning concerning the way light is about more than light and dark but gradations, shadows, gloom, dusk and haze. 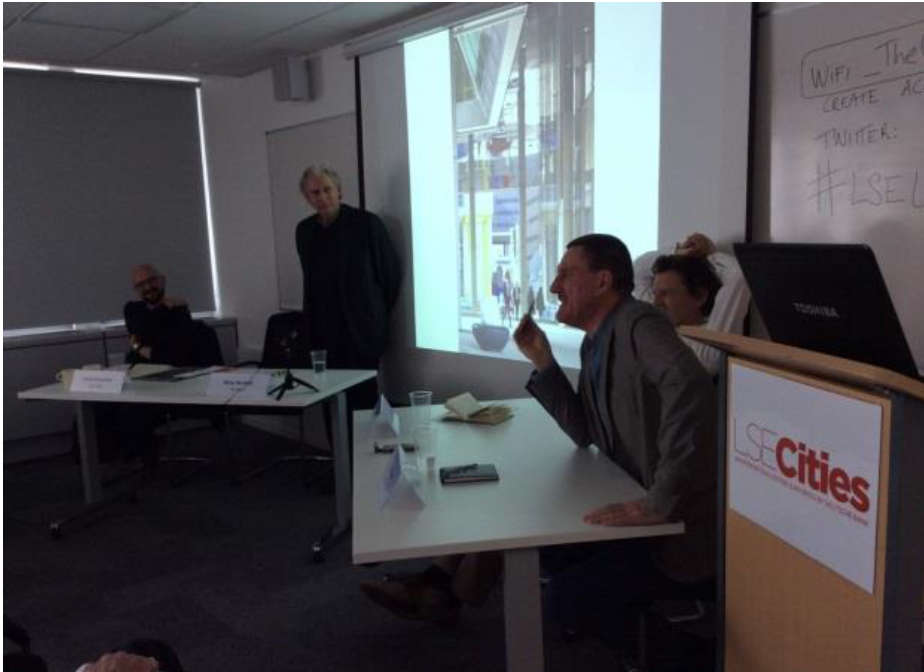 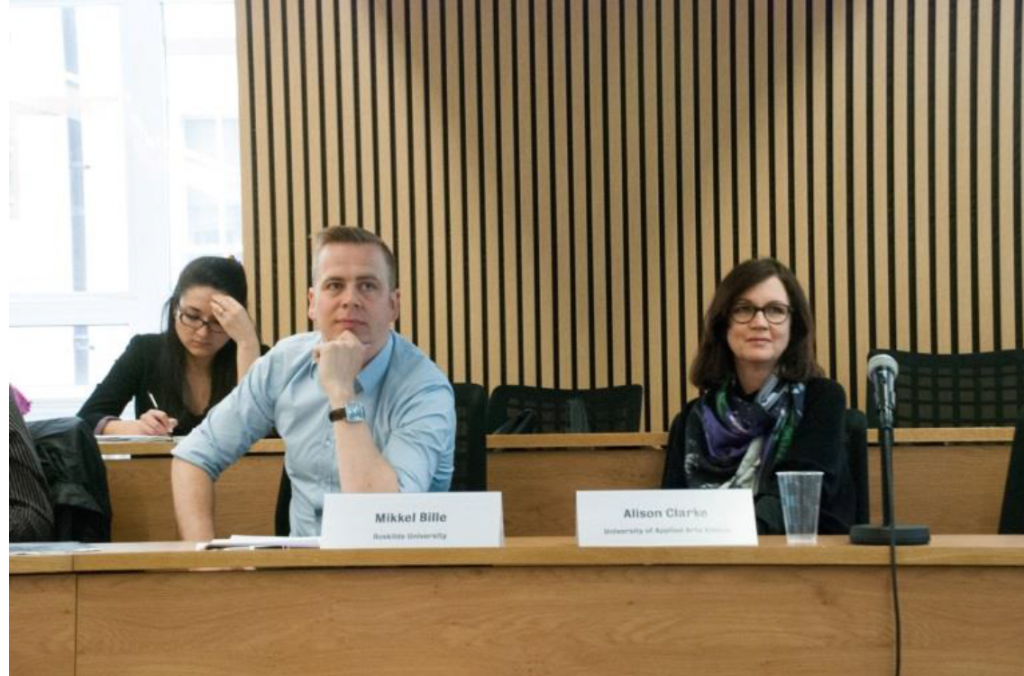 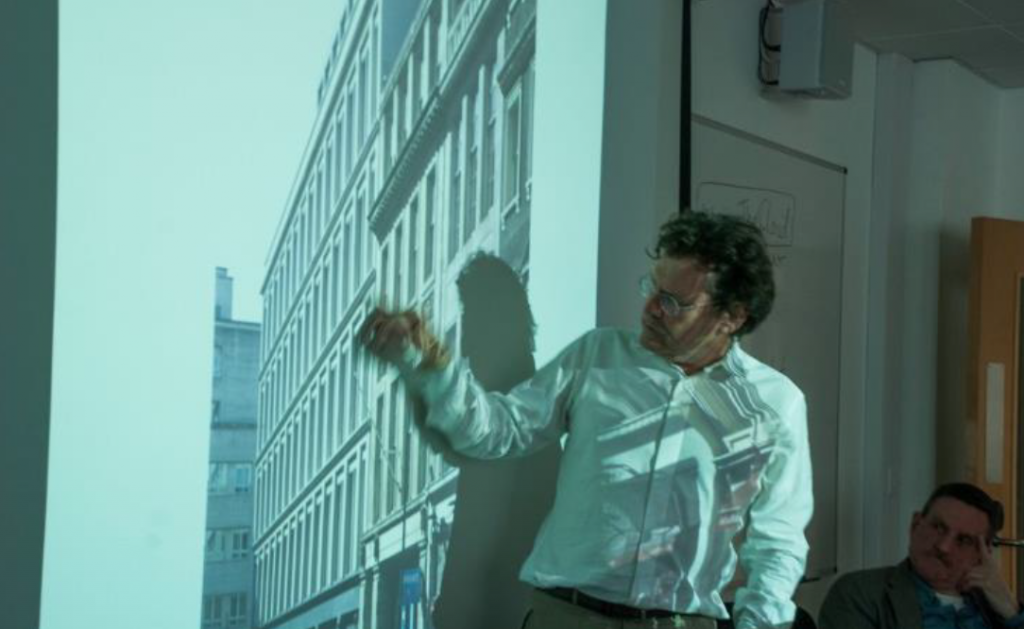 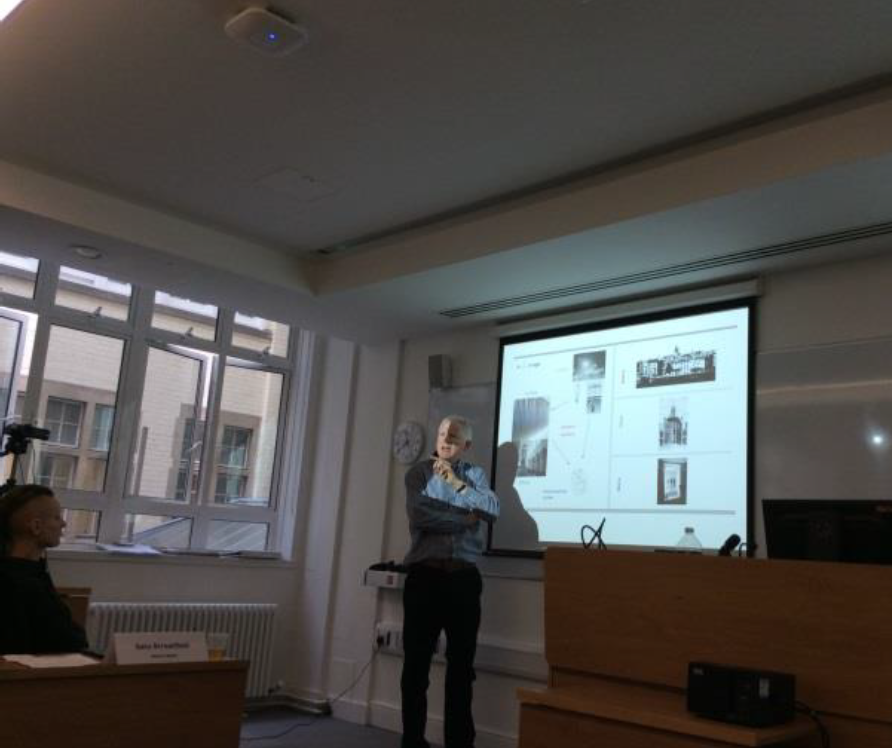