Our second workshop was a collaboration with the German University of Technology in Oman (GUtech), 25-28 April 2016 in Muscat.

The participants were all architecture students, midway through their degree in the Faculty of Urban Planning and Architecture (UPAD), and with little or no experience of lighting design. Although a mixture of genders, class and orientation to traditions and religion, they had in common a future as architects working in the context of rapid modernization and urbanization. Moreover, they had either direct experience of western design and planning, or had experienced it through the international discourses of architecture they were being taught. At the same time, they were learning – and most likely be working – in the context of an Omani architectural modernization that they did not always feel comfortable with. Social research in lighting design provided an interesting vantage point from which they could think through some of these issues.

Oman is undergoing a rapid urbanisation process as part of modernization policies that are preparing for a post oil age, as well as increased rural migration and massive infrastructural development. Spatially, Omani modernization is associated with urban sprawl along motorways that extend up and down the coast line from Muscat, flanked increasingly by single villa residential compounds allocated to families under an ‘Omanization’ policy. Ideas of public space (even in the sense of infrastructure provision between the compounds) is not a focus for planning or using these spaces.

Our workshop location allowed us to work on some of these issues: Souq al Seeb is a traditional market located about 30 km west along the coastal sprawl from Muscat. Surrounded by motorway on the sea side, and by more modern mall-style shopping on the inland side, Souq al Seeb remains an important – but threatened – shopping destination for locals to buy food, clothes and household goods. Although there is little discourse of ‘public space’, the Souq is a crowded and popular place for a variety of populations until early evening. Moreover, because of large numbers of guest workers in the area – largely from the Indian subcontinent – there is both a significantly cosmopolitan ethnic mix and public use of market spaces for social gathering and activities like watching football on television. Finally, and almost symbolically, the coastal roadway simultaneously cut off Souq al Seeb from its extensive beach and harbour area and brought massive traffic and crowds, as cars  stopped for the kebab stands at the roadside.

This workshop was more than usually focused on sites. The market seemed like a number of distinctive locations that participants needed to make sense of, each telling a rather different story about the kind of life it supported: internal courtyards, external entrances, meeting places at the crossing of internal pathways, inner arcades. Location-based work was important for another reason: few of the students had seen Souq al Seeb before, and, particularly for the women participants (the majority of the workshop), this was an unusual exploration of public space. In learning the life of their location, the students were very much participant observers; as they became more familiar with their site, they also had a wealth of traders and shoppers to approach for interviews.

One other notable difference about this workshop: the groups were very adventurous in fashioning new lighting objects out of found materials like large metal olive oil cans, found lanterns, plastic and wooden packing crates and old cooking implements. It was as if the market was being recycled to light and transform itself.

The design strategies showed overlapping themes, often connected to memory, and activating spaces by connecting them to modern lives and practices:

Connectivity: the first site dealt market, road and seafront by using to light reassemble broken connections that people clearly remembered and missed. Lighting mapped out a sociable movement from the market to the kebab stands across the road, lit to make them a very present landmark, surround by subtly lit restaurant areas. From there, people could pick up lanterns to light their across the beach to the old harbour area.

Eye of the Storm: At the centre of the market was a large square lined by shops, with a few stall holders in the interior. It was clear from interviews and observations that although it was underused, visually confusing and too dark, people who knew it used it as a space to relax, to get away from the bustle. Lighting aimed to mark and support publicly the hidden value of the space to its users.

Stories and Light: The group working on the main market entrance and outward facing shops took their inspiration directly from stories told by interviewees, many of whom had visited as children as well as adults: stories about nostalgia for the sensory experience of the market and about being bored as a child waiting for parents to finish shopping. And a story about ghosts in the trees that might be woken by up-lighting them. Each story led to a different lighting installation that addressed nostalgia, playfulness and belief.

Time Out: An inner passageway through the main market building was dense and forbidding, particularly for women customers, to the extent of not feeling like a public or accessible space. The building in fact had architectural features that vanished by night but valued by people. Lighting was used to accentuate textures, through shadows from grills and arches, and to create a welcoming path into the corridor.

Switch Off Switch On: Group 5 dealt with an exceptionally complex path that combined several key pathways into the market (including from the parking lot), restaurants, and public spaces where guest workers routinely spent the evening watching television together. Moreover there a cut off point around 11.00 when the lights went out and the space deadened. The group created lights and positionings to map out different paths for different users before and after the 11.00 watershed. 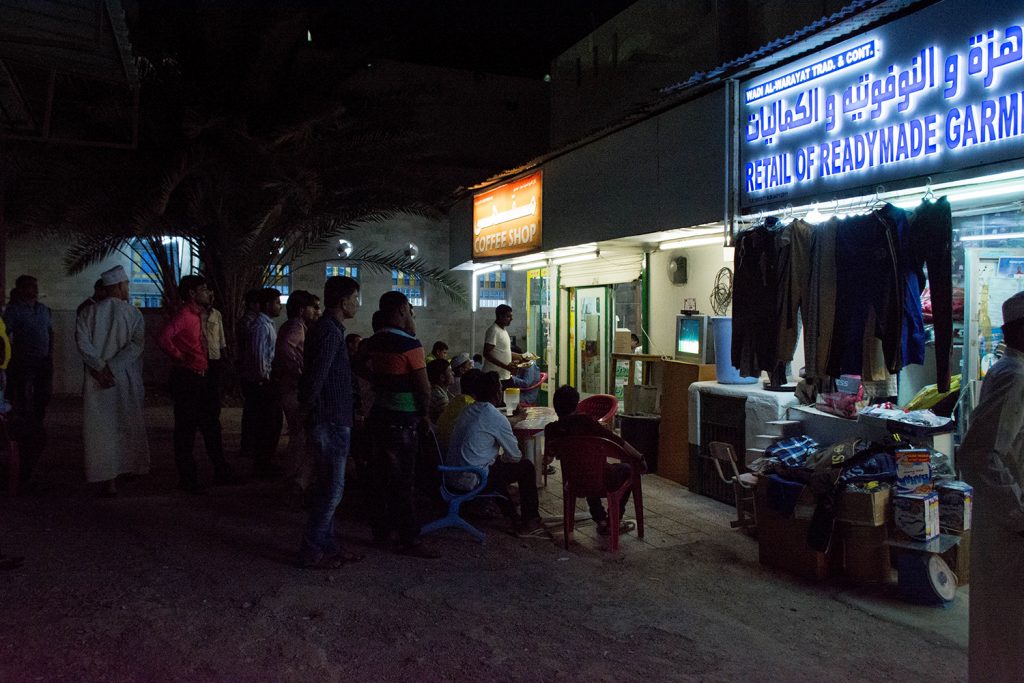 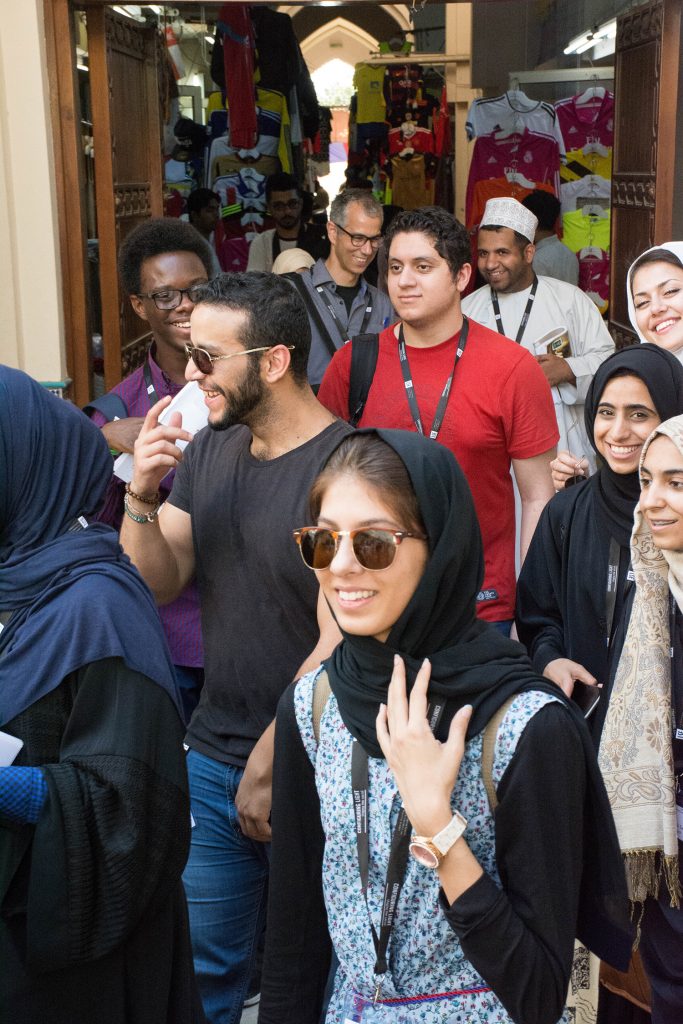 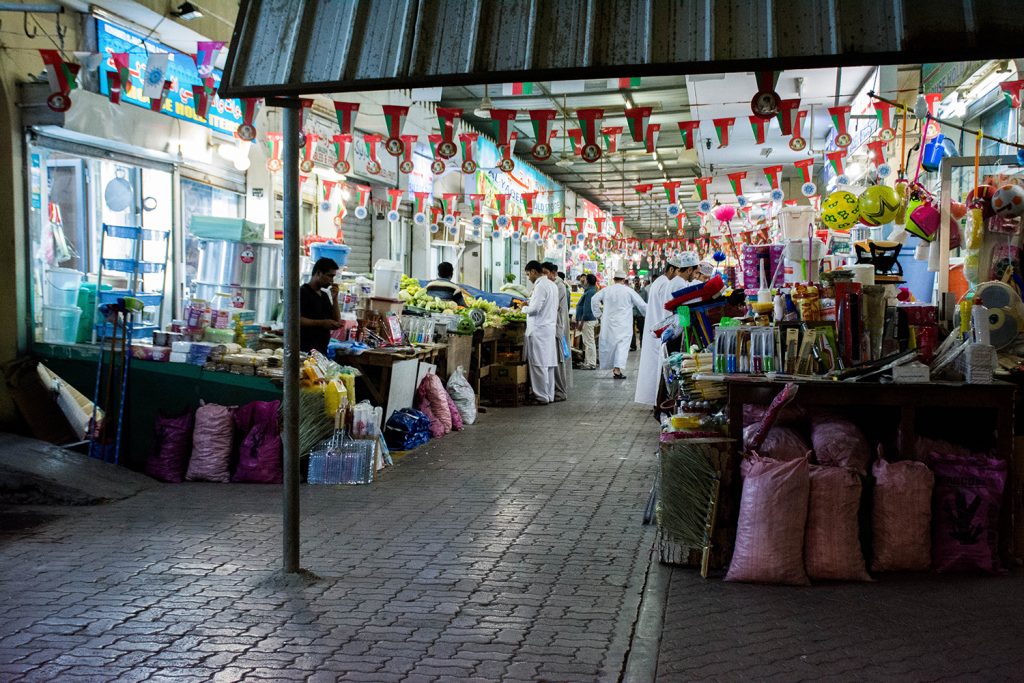 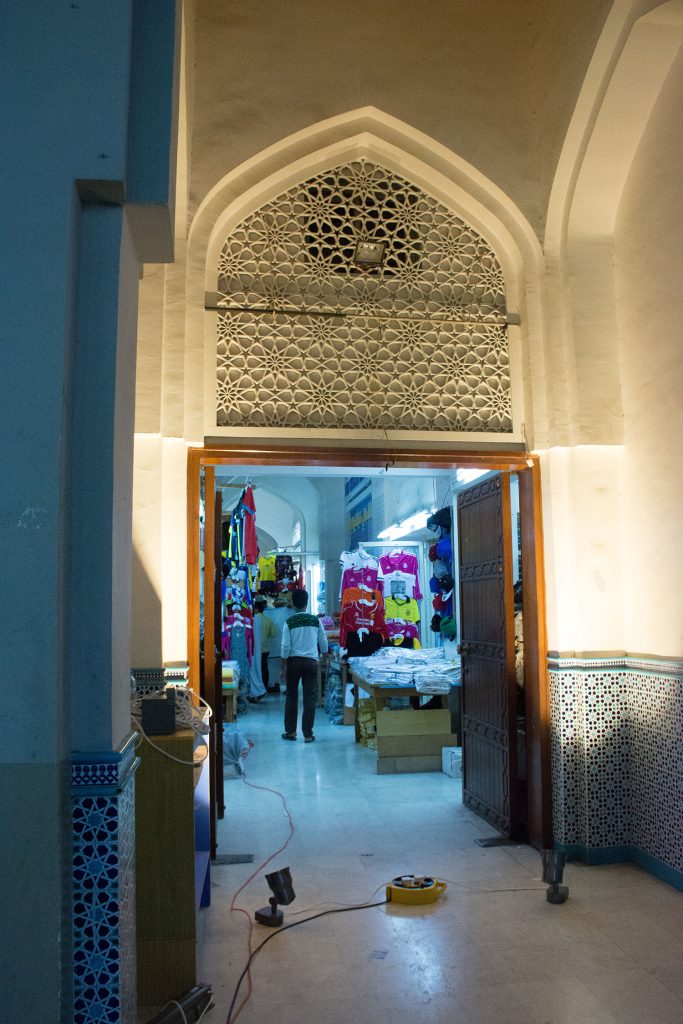 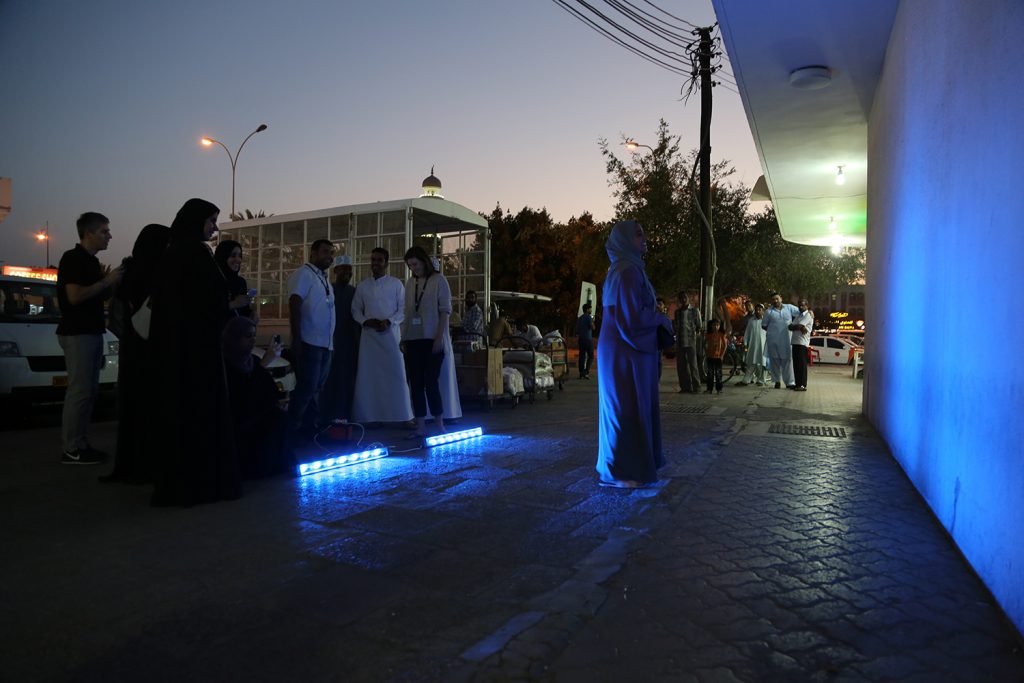 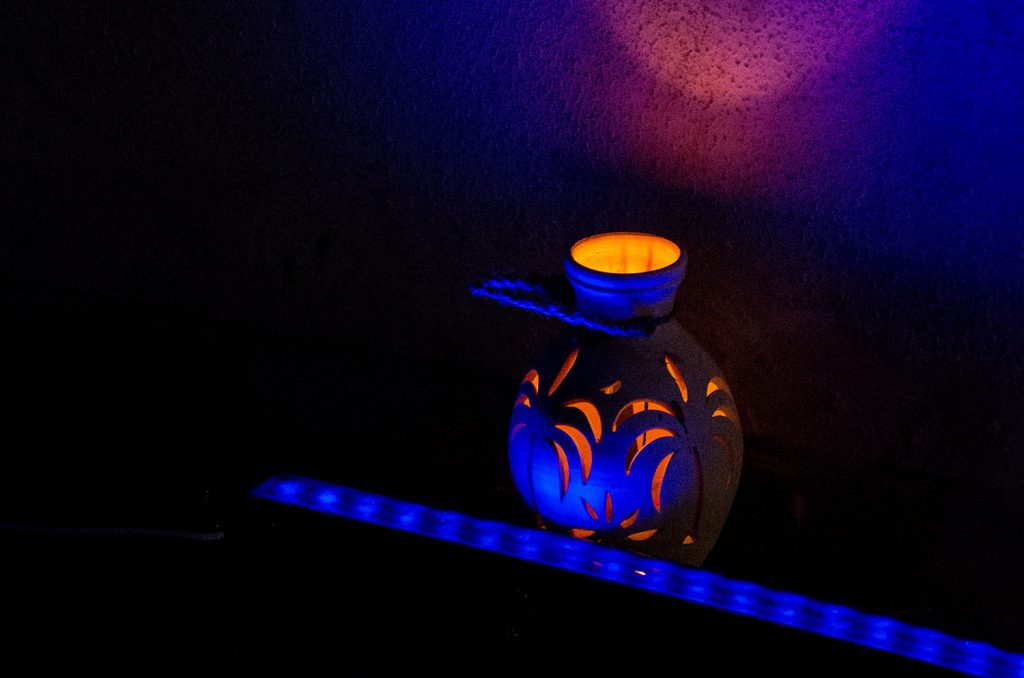 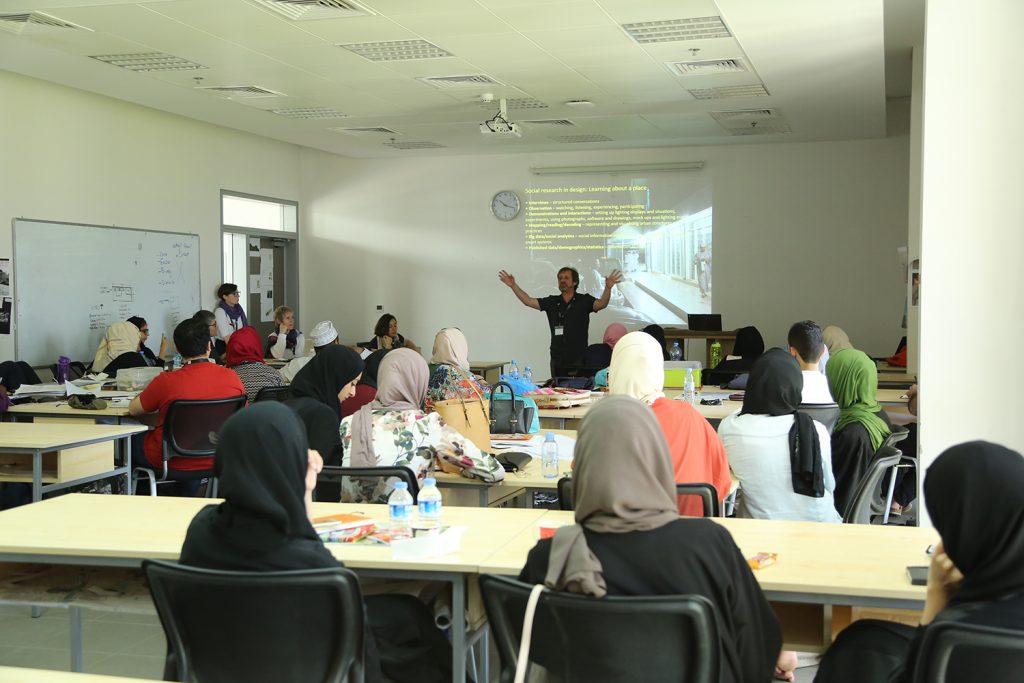 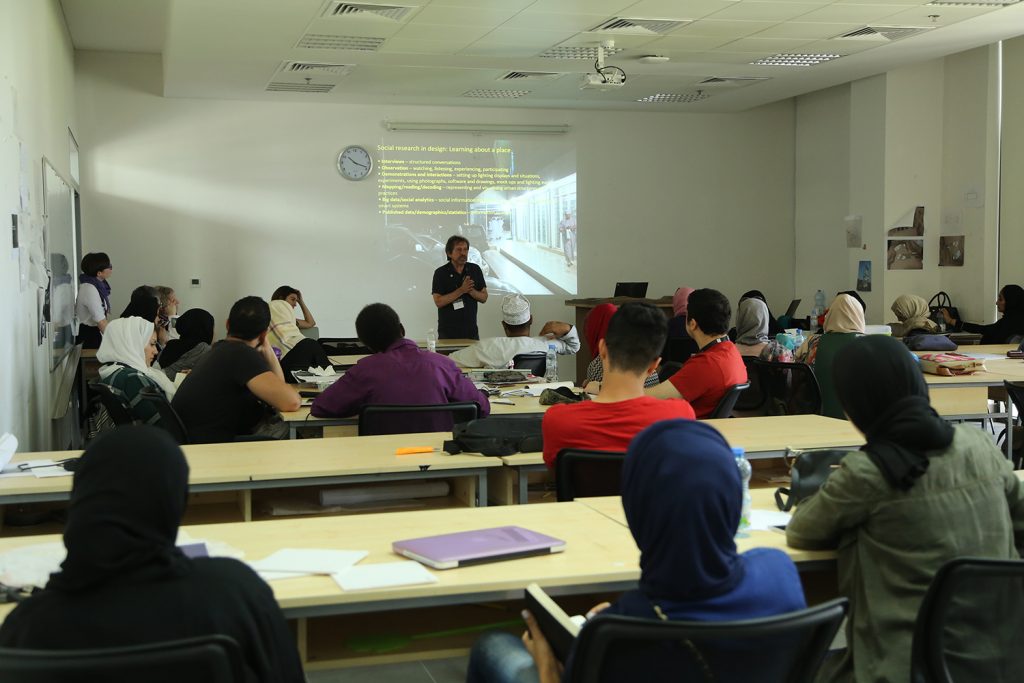 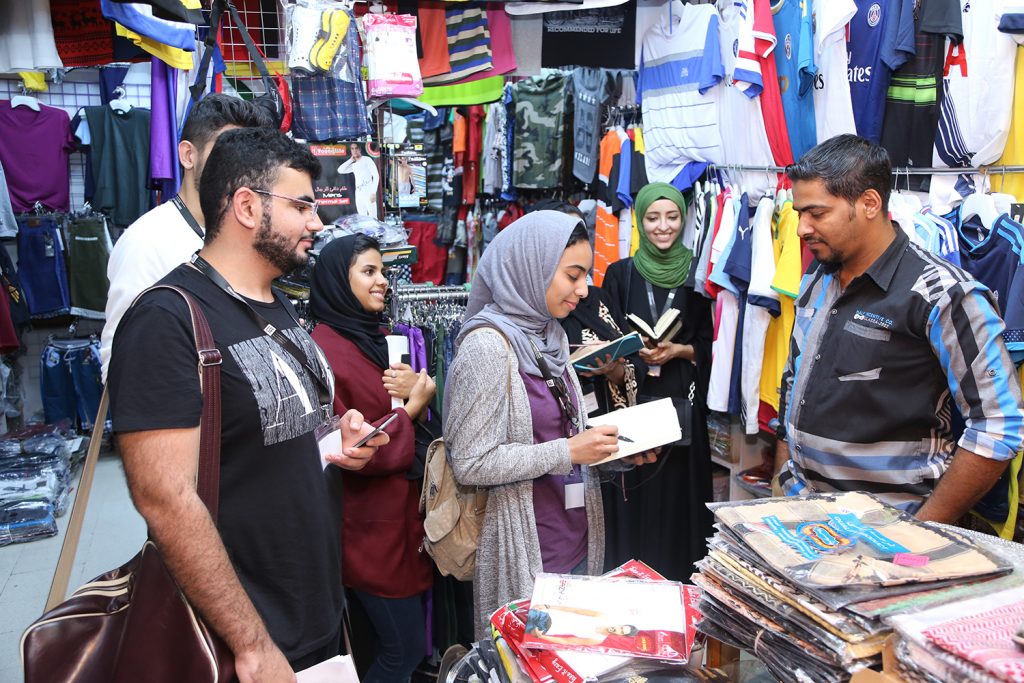 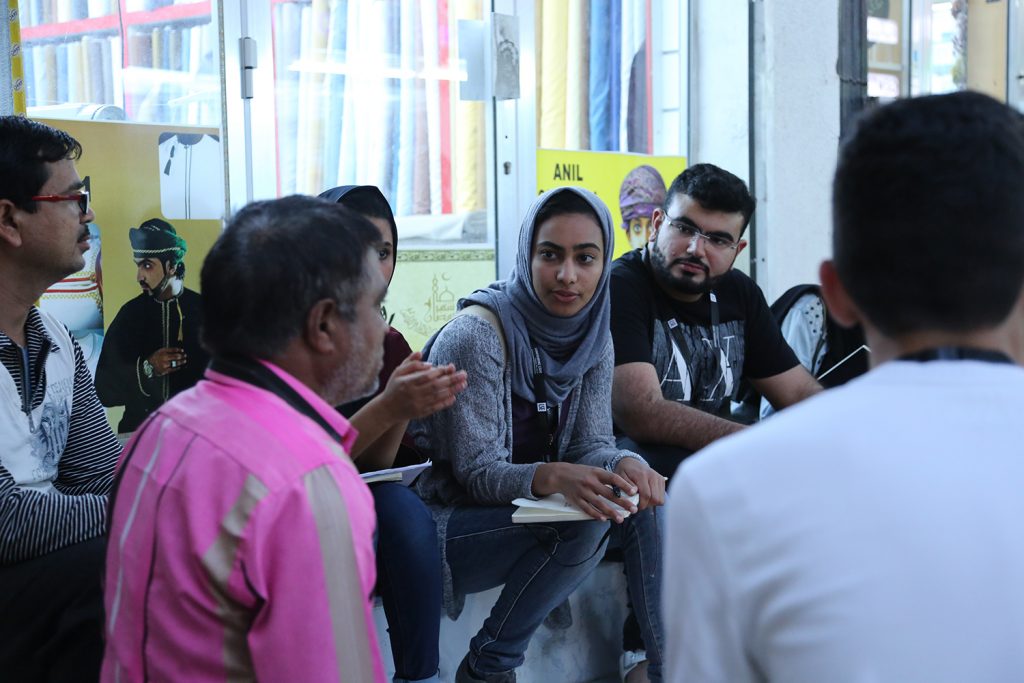 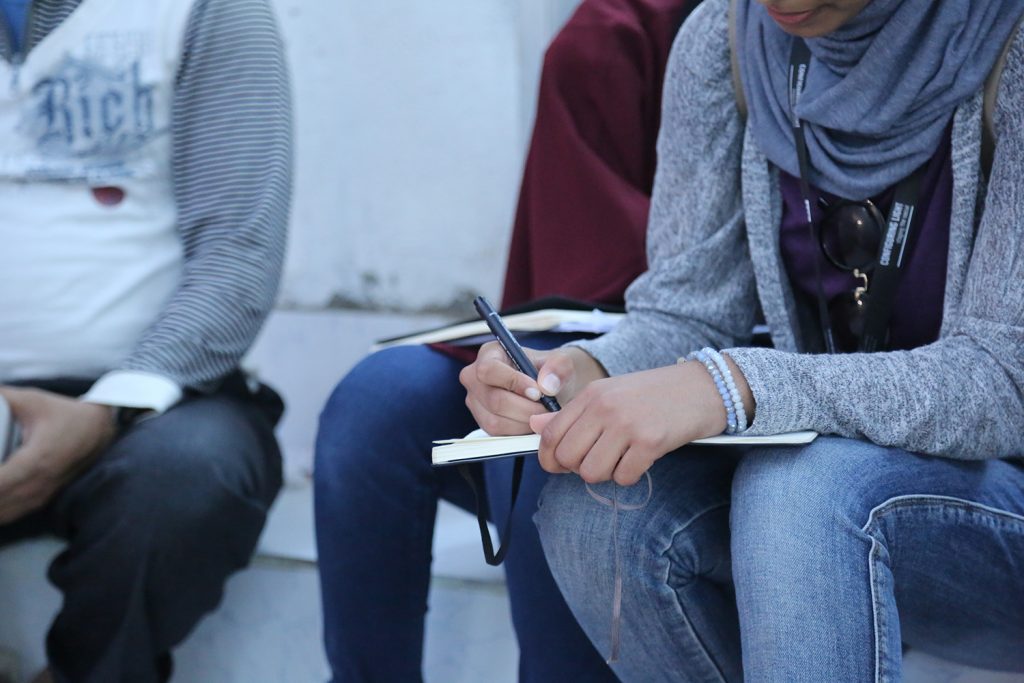 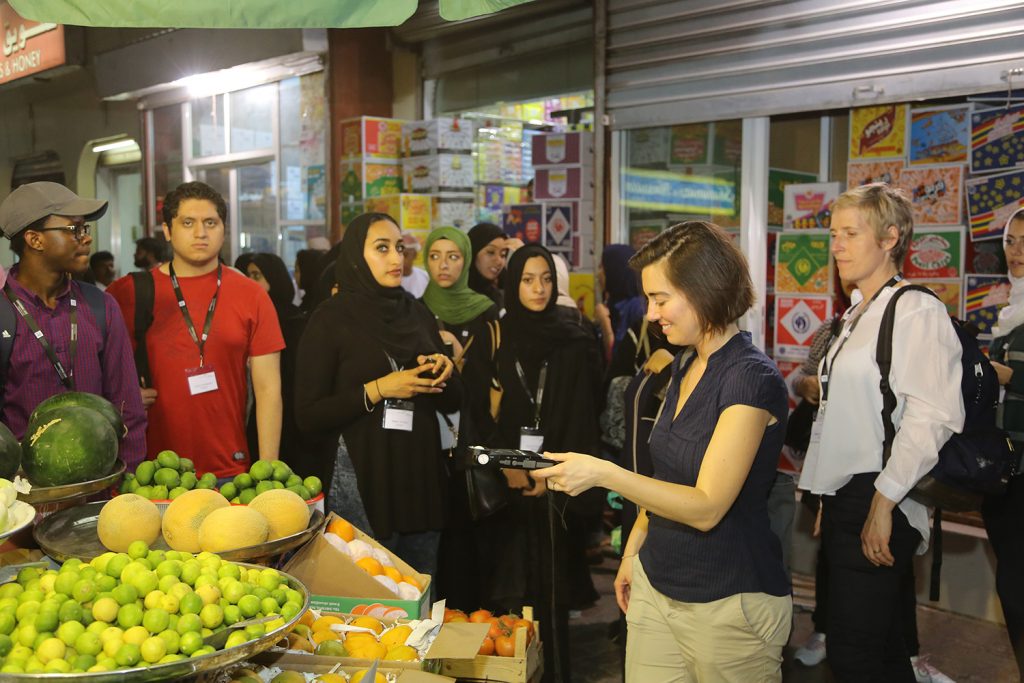 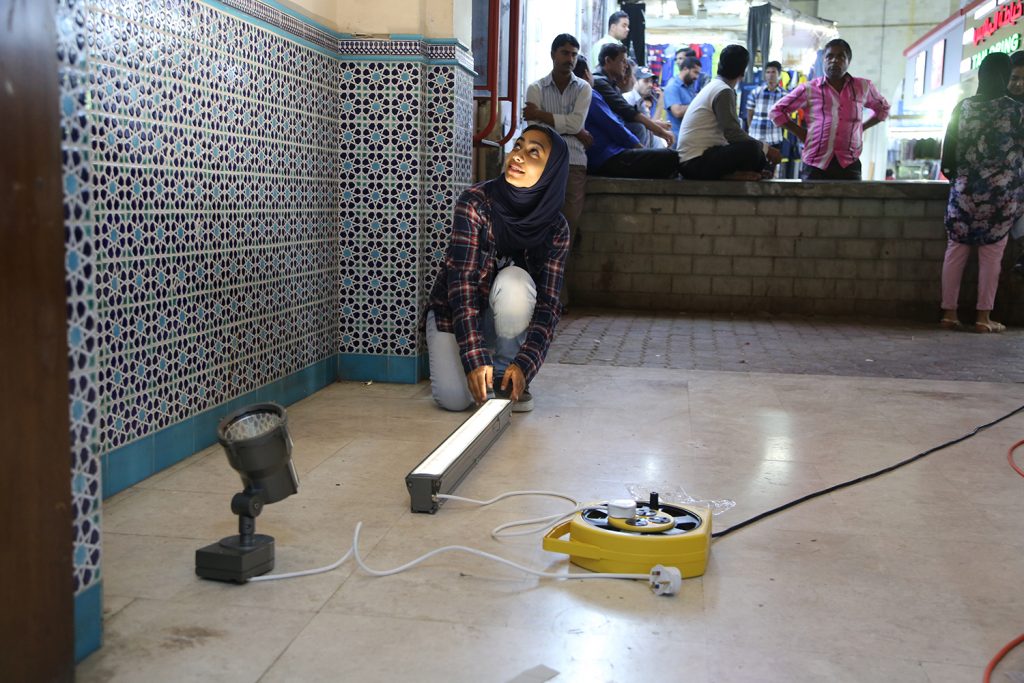 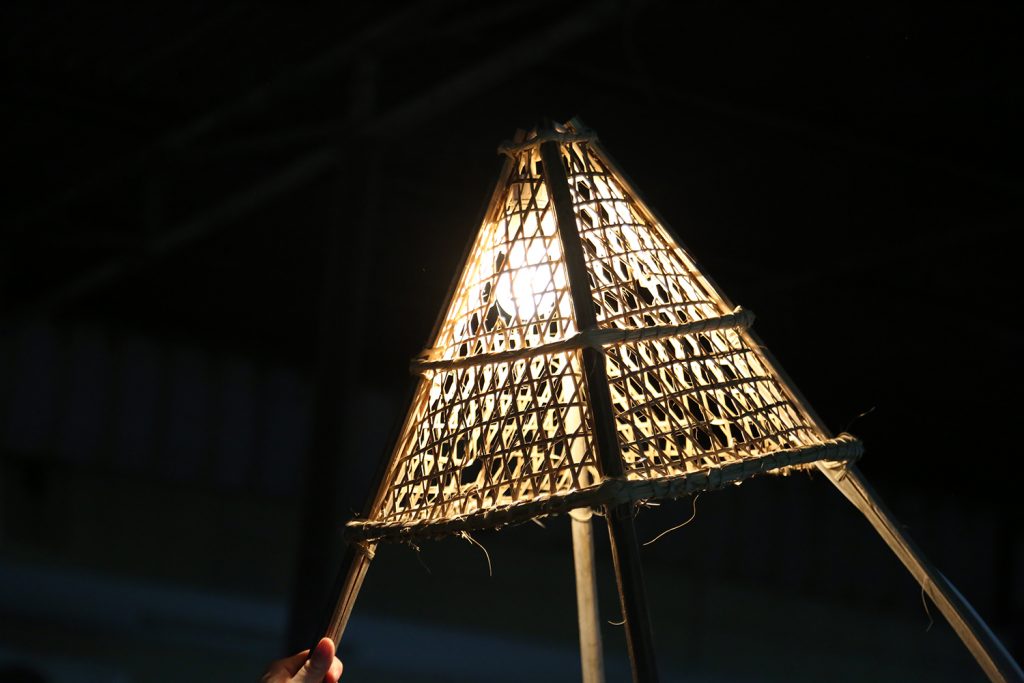 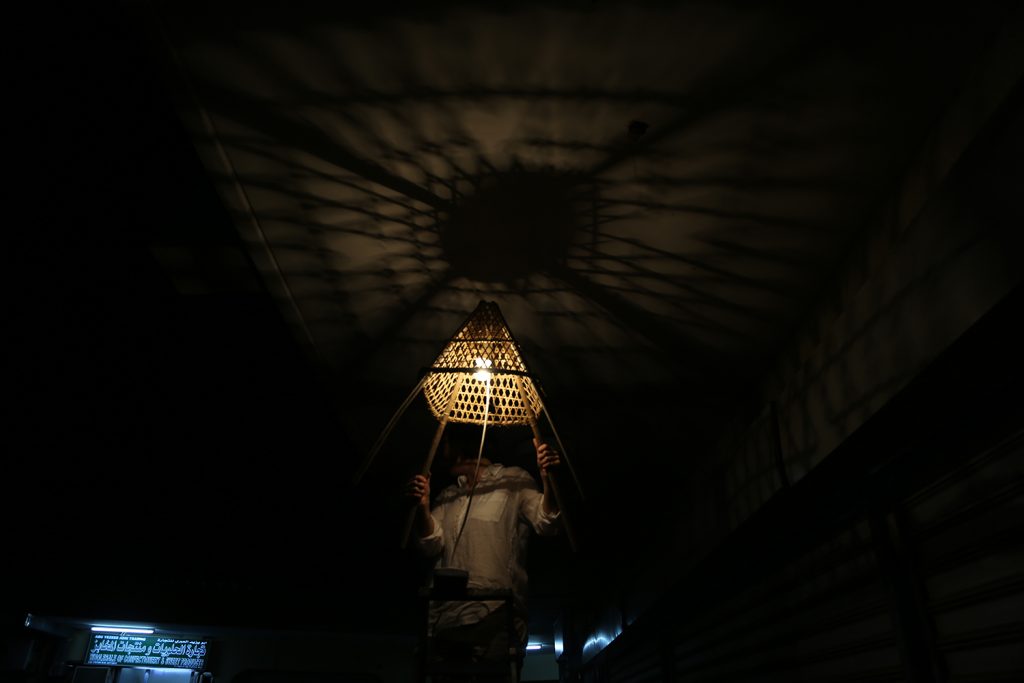 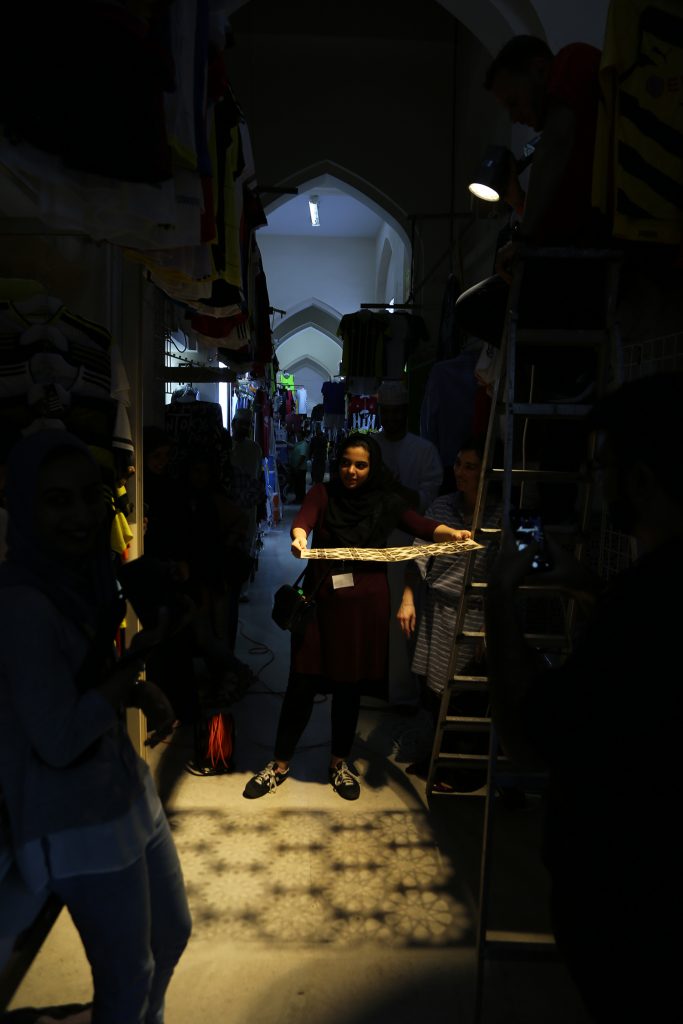 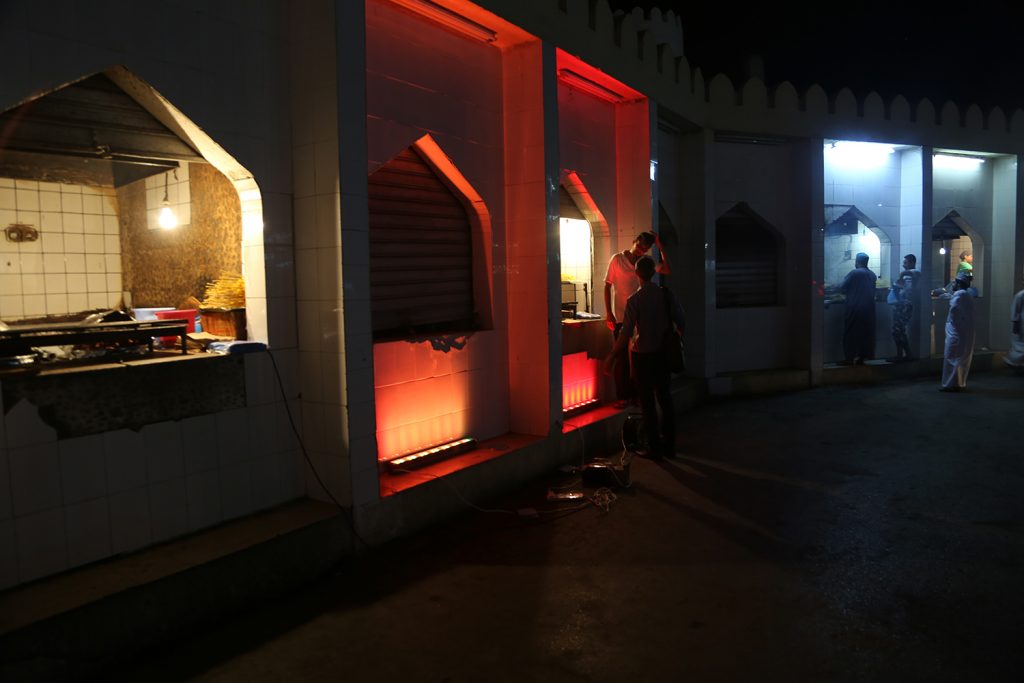 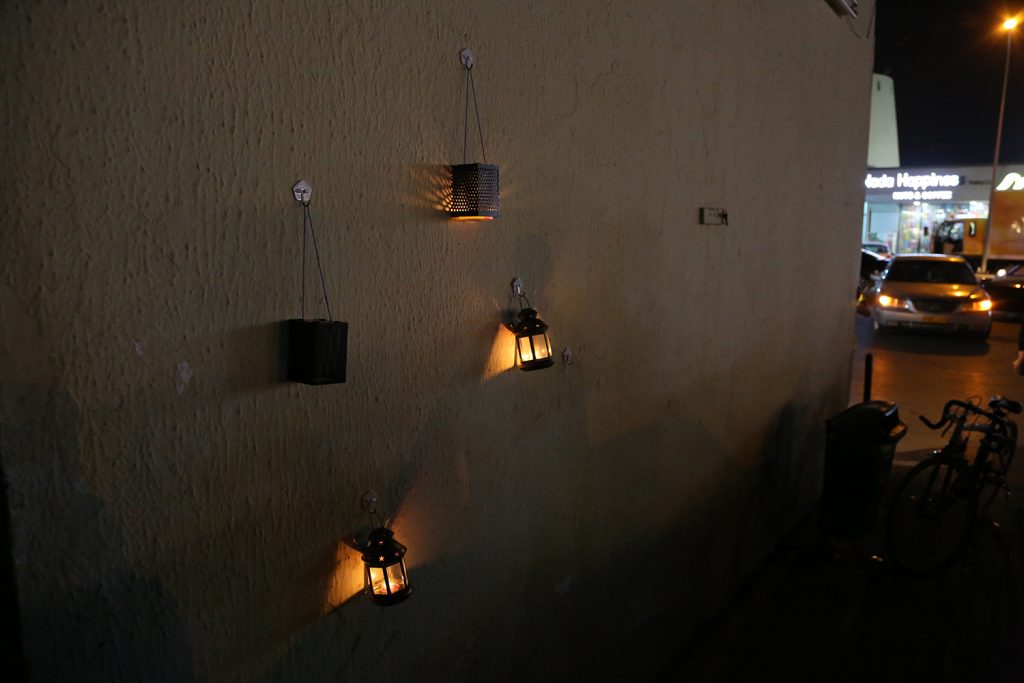 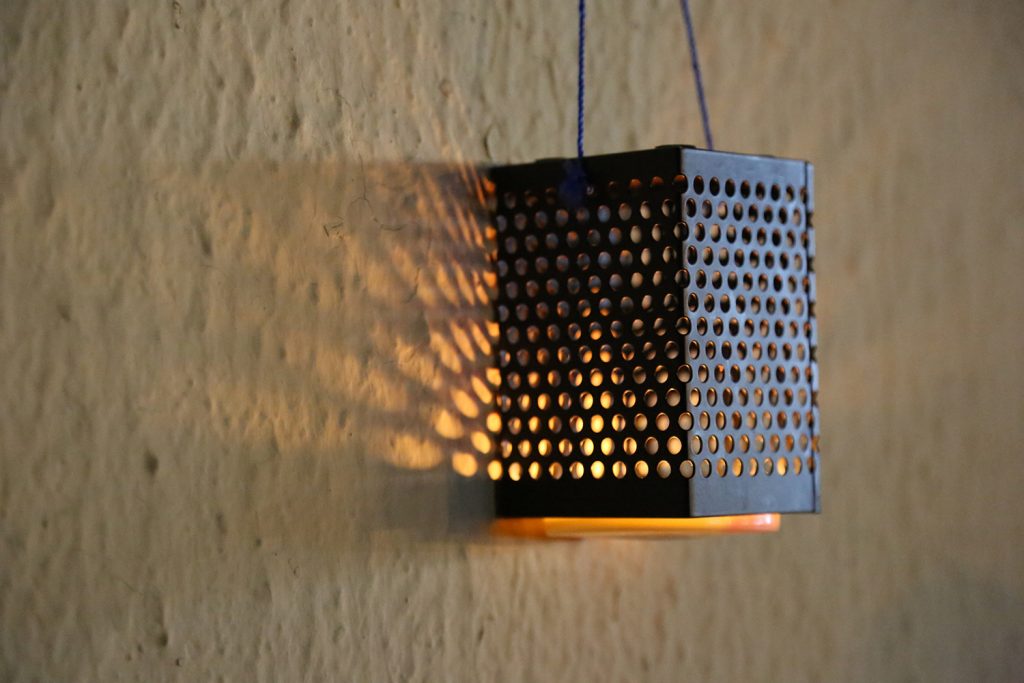 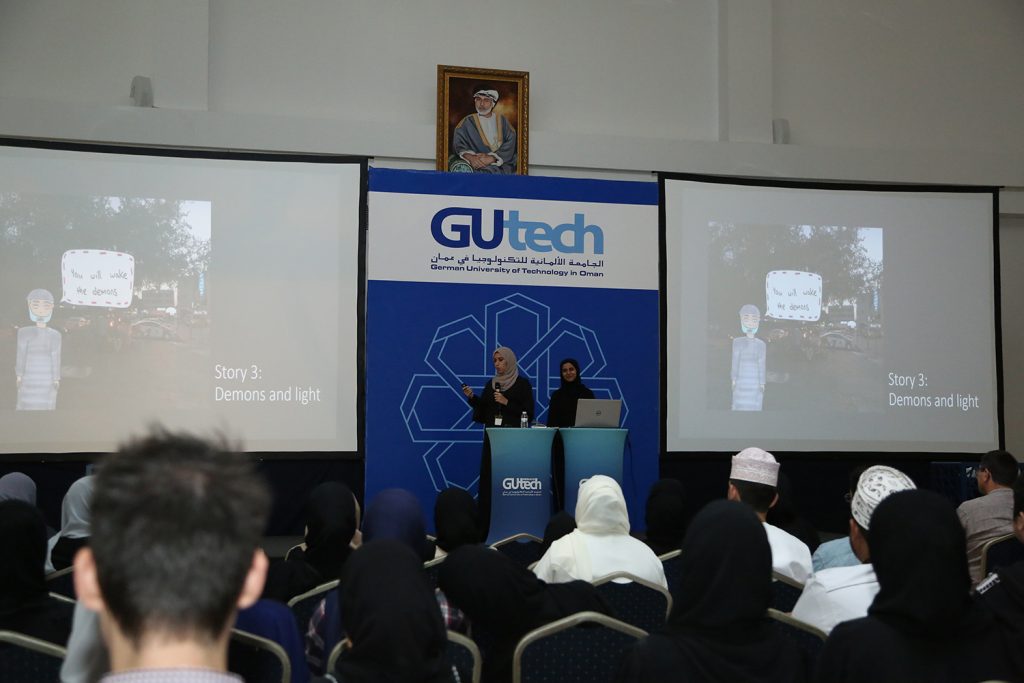 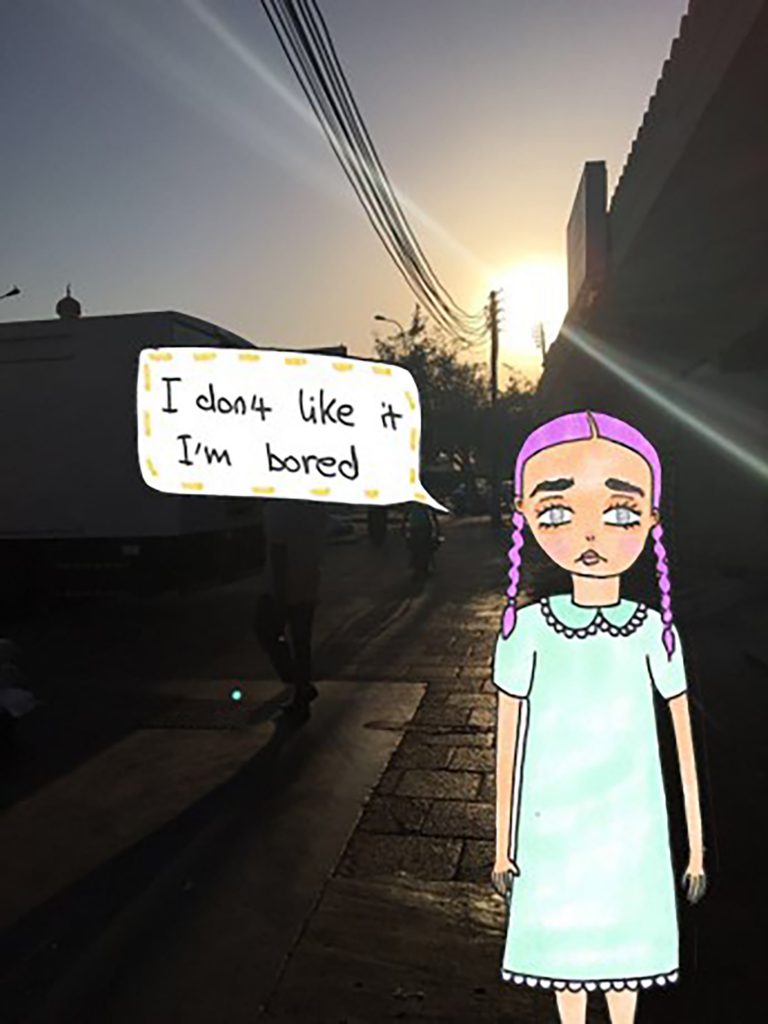